A Priestly and Eucharistic Heart

Fr. David Pellican examines how a Eucharistic life, built around daily Mass and Adoration, forms priests “after the pattern of Jesus’ priestly and Eucharistic heart”

In the Eucharist we encounter the living, beating heart of Jesus. Scientific testing has found the bread-turned-flesh of several Eucharistic miracles throughout history to be the heart tissue of someone undergoing extreme agony. Those occurring at Lanciano around 700 AD, and Buenos Aires in 1996 would be two examples. In the Eucharist Jesus is present—body, blood, soul, and divinity. This great sacrament affords an unparalleled opportunity for our hearts to commune with the Sacred Heart of Jesus, that furnace of divine charity. St. John Vianney famously said that “the priesthood is the love of the heart of Jesus.” If priests are called to embody the love burning in Christ’s heart, then the Eucharist must be the very center of their life.

Instituted on the same night, the priesthood and the Eucharist are inextricably linked. On the one hand, the Eucharist cannot exist without priests, but the reverse is also true. Priests need the Eucharist to sustain them in their life and ministry. This dependence is absolute, for without a deep appropriation of the sacrificial nature of Christ’s own offering in the Mass, and without time spent in silence before the Real Presence, a priest can quickly become a mere functionary. This is why both adoration and Mass are incorporated into the daily lives of prospective priests at the seminary, as they are formed to be shepherds after the heart of the Lord (c.f. Jer 3:15).

Seminarians at Sacred Heart pray a daily Holy Hour before Jesus, exposed in the Eucharist, and this can be a real adjustment for young men aspiring to the priesthood. It is not common to spend an hour every day sitting in silence. But Jesus calls those who follow him to make real changes to the way they live.

The Scriptures reveal that spending time in the presence of Jesus is not only important for one’s spiritual well-being but also precious in the eyes of the Lord. He called his apostles first to be with him, and only secondarily to share in his mission (Mk 3:14). The Lord does not desire the apostles and their successors to be mere functionaries. He wants those who follow him to take time and “be with” him. The parable of Martha and Mary also highlights this desire. Jesus gently chides Martha for being distracted with much serving, anxious and worried. He commends Mary for choosing the “good portion.” What did Mary do to merit such approval? She “sat at the Lord’s feet and listened” (Lk 10:39), a beautiful image for the Holy Hour. It is a time to sit before the Lord, in his true presence, and quietly listen. Like Martha, it is easy to be overwhelmed by the many things needing to be done. In the midst of busyness, the Holy Hour is time carved out, not to do things, but to be with.

Time spent in daily adoration of the Eucharistic Lord allows seminarians to open their hearts to his, for “heart to speak to heart.” Every image of Jesus’ Sacred Heart depicts it ablaze. This is the fire of God’s own love, which the Lord desires to spread throughout the whole world (Lk 12:49). Returning daily to the true presence in a Holy Hour keeps a seminarian’s heart on fire with divine love, like the blacksmith’s metal, which must be constantly returned to the heat of the forge, lest it becomes lukewarm. 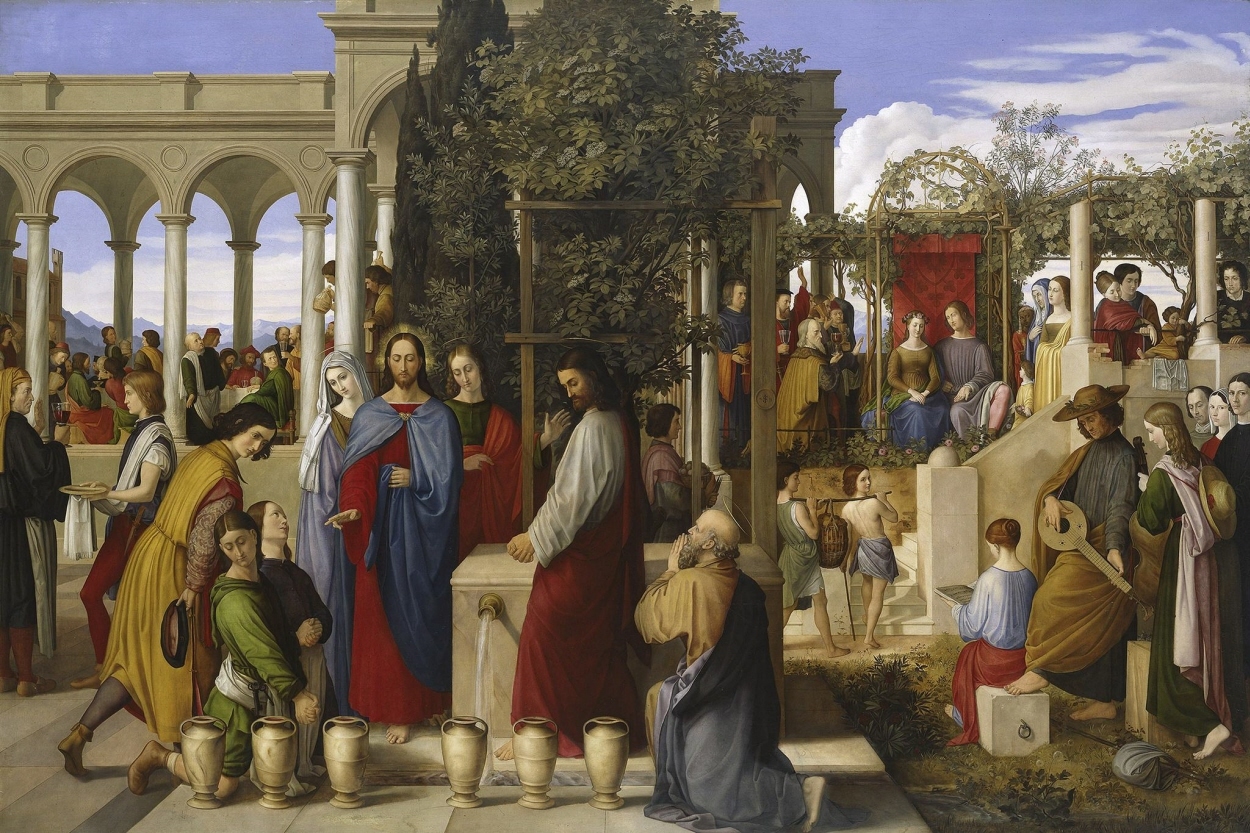 In addition to being on fire, the Sacred Heart is pierced by a lance and wreathed round with thorns. It is a suffering heart, from which Jesus willingly poured out every drop of his precious blood as a sacrificial oblation. The Eucharist likewise contains this sacrificial element in the Mass. As part of the routine at Sacred Heart, daily Mass is a beautiful opportunity for seminarians to unite themselves to Jesus’ own Eucharistic offering.

In a foreshadowing of the Eucharist, Jesus fed a vast multitude with woefully inadequate provisions (Jn 6:5-14). All the disciples had to offer was five loaves and two fish, hardly enough for the task of feeding five thousand. Jesus transformed it and made it enough. Each day at Mass the seminarians stand in the place of the disciples. They bring the offering of their lives and abilities. It is an offering woefully inadequate for the task at hand, the apostolic mission of bringing Christ to all peoples. But each day they join themselves to the oblation of Jesus, confident that the Lord will transform their offering, like that of the disciples, into a superabundance.

The Mass is an offering of Jesus to the Father, but it is also an invitation to offer oneself, to place oneself and life on the altar as an oblation. When a man is ordained a priest, as part of the liturgy the bishop hands him the gifts of bread and wine to be consecrated and says: “Understand what you do, imitate what you celebrate, and conform your life to the mystery of the Lord's cross.” A priest’s vocation is to “imitate what he celebrates” in the Eucharistic sacrifice, and daily Mass forms seminarians to do just that.

St. Manuel Gonzalez Garcia, known as the bishop of the abandoned tabernacle for his devotion to praying before the Blessed Sacrament, says that a priest must become “A living portrait of the Host at Mass and Communion.” Such a priest is one who “daily offers himself to be immolated with Jesus, and who gives himself and all he has to others without expecting anything in return . . . He is a priest eagerly sacrificed in his Mass each day in honor of God the Father . . . and always given to others, like Jesus in the Tabernacle and in Communion.” A priest must embody the Eucharistic oblation.

This constant exposure to the Eucharist through daily Mass and Holy Hour is meant to truly transform seminarians. In an Easter sermon, St. Augustine reminds us that “If we receive the Eucharist worthily, we become what we receive.” That is to say, we become the presence of Christ and the sacrifice of Christ. For priests in particular, we become shepherds after the heart of Jesus. A priest who stays close to the Eucharist will radiate the love of Christ, and his whole life will be an offering, a gift, to the Father for the people of God. His heart will become Christ’s. He will truly be an alter Christus, another Christ. Overcome with the beauty of this truth the faithful priest St. Maximilian Kolbe once cried out to Jesus saying: “You come to me and unite Yourself intimately to me under the form of nourishment. Your Blood now runs in mine, Your Soul, Incarnate God, compenetrates mine, giving courage and support. What miracles! Who would have ever imagined such!” May this be true of every priest, and every seminarian aspiring to the priesthood.

The Eucharist is Jesus. The life of seminarians at Sacred Heart is organized around this great Sacrament, such that daily Mass and Holy Hour are the foundation of the schedule. Daily exposure to our Lord is meant to form future priests after the pattern of his priestly and Eucharistic heart, burning with love to mediate his presence to the world and offered as an oblation to the Father.

Fr. David Pellican graduated from Sacred Heart Major Seminary in 2020 and is currently the Associate Pastor at Church of the Divine Child in Dearborn. Fr. Pellcian co-hosts Men of the Hearts, a podcast by the Office of Priestly Vocations of the Archdiocese of Detroit.