Through changed plans, obstacles, and family obligations, Deacon Pinto's commitment to Christ persevered. Now, he's finally back where his heart has longed to be.

I remember as a young boy of nine cutting little circles out of white fish food squares to use as hosts in my play mass. My study desk would daily become my altar, where I would celebrate mass every day before beginning my homework. Being the oldest of seven brothers and five sisters, I always had a ready congregation.

At ten I was serving as an altar boy at Saint Joseph Church in what we now call the Extraordinary Form. My service as an altar boy extended through grade school. I was the MC for our high school parish–Saint Monica Church–whose pastor I so desired to be like. This continued during my college seminary years as my love to lead the faithful in celebration became ever stronger.

After attending Hackett Catholic High School, I entered Saint Meinrad Seminary in 1967. In 1971 I graduated Philosophy and entered Theology in the fall of that year at Saint John Provincial Seminary in Plymouth, Michigan.

Shortly after I began my Theology studies my father met with sudden death. Through discernment, I decided to return home and help my mother and siblings through the loss of my father. Tending to my mother for over three months, ravaged by grief, I realized my commitment would not be a short one. Over the years I was there for one sibling after another, at times holding down as many as three jobs to help support my mother and the family. God was good to me as I was given many years of joy in helping my siblings grow and mature into people strong in their Catholic faith. When they were all out of college, I again began preparing to continue my formation. I was thirty-eight at that time. My calling would wane from time to time as if the Holy Spirit were giving me the choice to choose a different path, but I never lost the call, though it did take different forms.

The Holy Spirit called me into another family situation wherein two of my siblings entered into business contracts requiring my skills as an engineer and tool and die maker. Their business success so worried my mother that I again offered to postpone what I hoped would be a return to the seminary. Now it was not only my siblings at risk, but my nieces and nephews also. I endeavored for several more years to help them and to aid them in their calling.

My calling was a commitment to Christ in persevering to help my now extended family provide for themselves, developing a family business that has benefited, not only them, but also our many employees and their families. My brother and I built and maintained a manufacturing business for some fifteen years in its current manifestation.  During that time, I have often waved financial compensation so that we could maintain and support the bread earners of six families. We have been successful in helping our employees, allowing them to find positions that could lead them to better careers. Through the goodness of God, many of them are now with the company and earning a good income.

For fifteen years I had the opportunity to proclaim and give witness to our Catholic Faith as a catechist. Sharing the Gospel message with my students was one of my most cherished gift.I have found the greatest graces that a Christian could ever have. Then, in 2017, the Holy Spirit opened that one door I had been journeying toward my whole life and I was accepted into Formation at Sacred Heart Major Seminary, for the Diocese of Kalamazoo.

At Sacred Heart, I am realizing that my priesthood is a witness in two essential ways. A priest or deacon’s first act is always to bless, that is the essence and the solemn obligation of any deacon or priest. In the case of the priest, that obligation extends to the second aspect of priesthood– offering of sacrifice. It is in the greatest prayer of creation and evolution in which the Eucharistic Offering brings earth and heaven together and makes them one. What greater sanctifying act is there?

I feel there is no better seminary than Sacred Heart Major Seminary for the formation of these essential aspects of our priesthood. In a sentence, I feel the overall goal of Formation is to form us into priests who love God and his Son, Jesus Christ, who desire to share his message of salvation through the graces imparted to each of us by the Holy Spirit. 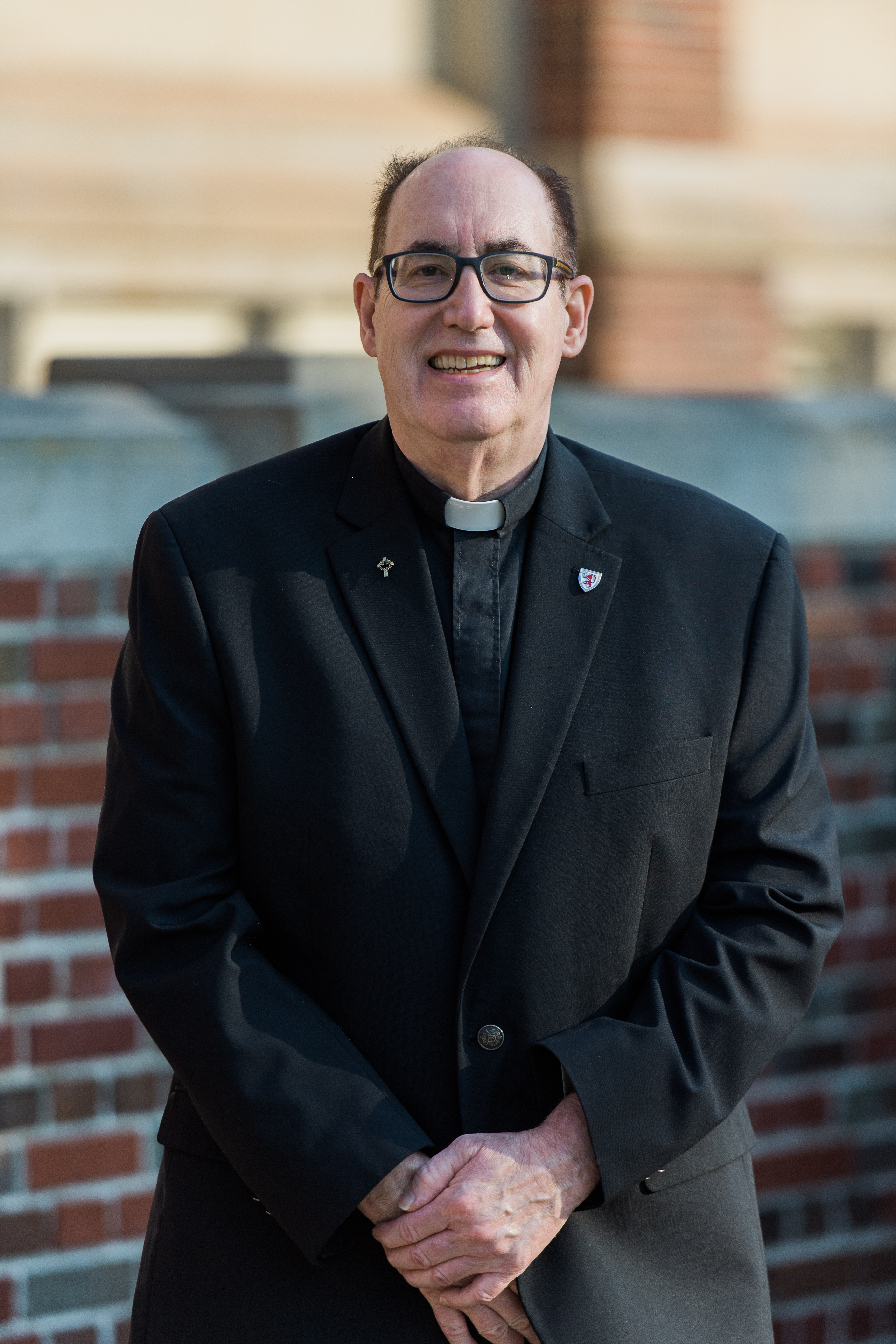 A Family Affair: Dcn. Santoyo Makes His Parents' Faith His Own

His parents' prayers brought Deacon Miguel Colunga Santoyo back to his faith, and now he wants to pay it forward.

Along with several other rectors, bishops, and lay consultants, Msgr. Lajiness was involved with the McGrath Seminary Study Group that developed benchmarks for help keep our seminaries safe.