“His Banner Over Me is Love”

On the eve of the March for Life, my classmates and I filed out of our 15-passenger van and made our way into the Basilica of the National Shrine of the Immaculate Conception in Washington, D.C. All of us were struck – some for the first time, others all over again – by the piercing beauty of the holy place. Later that evening, at the vigil Mass, during the offertory, the nationally renowned choir chanted a beautiful piece which concluded with the words, “And his banner over me is love.”

The piece is based off the second chapter of the Song of Songs where the Bride (symbolic of Israel, the Church, and of each of our souls) says of her Bridegroom (God): “His banner over me is love.” The original Hebrew word translated here as “banner” could refer to a military banner, implying that God’s steadfast love always remains with his people and blesses them in their battles.

It was clear that God’s banner was over us pilgrims who marched the next day in the 47th annual March for Life. The fair weather, and the fact that for the first time ever a sitting-president was present at the march in support of our mission, drew record numbers of pilgrims. The overwhelming number of young people who turned out rekindled the hope in those present that this truly is the pro-life generation. We seminarians proudly raised our Sacred Heart Major Seminary banner alongside banners representing various dioceses, seminaries, and religious orders across the country. There was a palpable sense among us marchers that our banners were unified under God’s banner of love.

There is, however, a second possible meaning to the above text from the Song of Songs. Some scholars suggest that a more accurate translation should read: “His army against me is love.” Blaise Arminjon S.J. explains in his commentary The Cantata of Love, “The God of armies has, in the last analysis, only one weapon. It is neither thunder, nor the sword of justice...It is love. God does not conquer our hearts except through the excess of love.”

This “weapon” of love could also be sensed during the march. Those who marched in protest against our country’s legal support of abortion did so with great conviction, but also peacefully and with non-violence. Marchers prayed the Rosary, sang Christian hymns, and found other ways to glorify the Creator of Human Life. Yet this “weapon” of love also took the form of the self-sacrificial love of Jesus Christ crucified. Many marchers intentionally fasted that day as a penance and a number of us prayed for the pro-choice protesters who waited for us outside the Supreme Court. We prayed for a conversion of hearts in this country on the topic of abortion, that the God of armies would conquer hearts with his truth and his love.

As we marched through the streets of D.C., we marched with our seminary’s banner before us. We marched beside the banners of our brothers and sisters fighting with us to bring forth a culture of life. Most importantly, we marched under the banner of the God of armies. As we seminarians have had our own hearts conquered by love, so we pray that God will conquer the hearts of this nation with his love. In the meantime, we march on in this crucial battle with great hope as we proclaim, “His banner over me is love.”

Photos are courtesy of the Detroit Catholic. 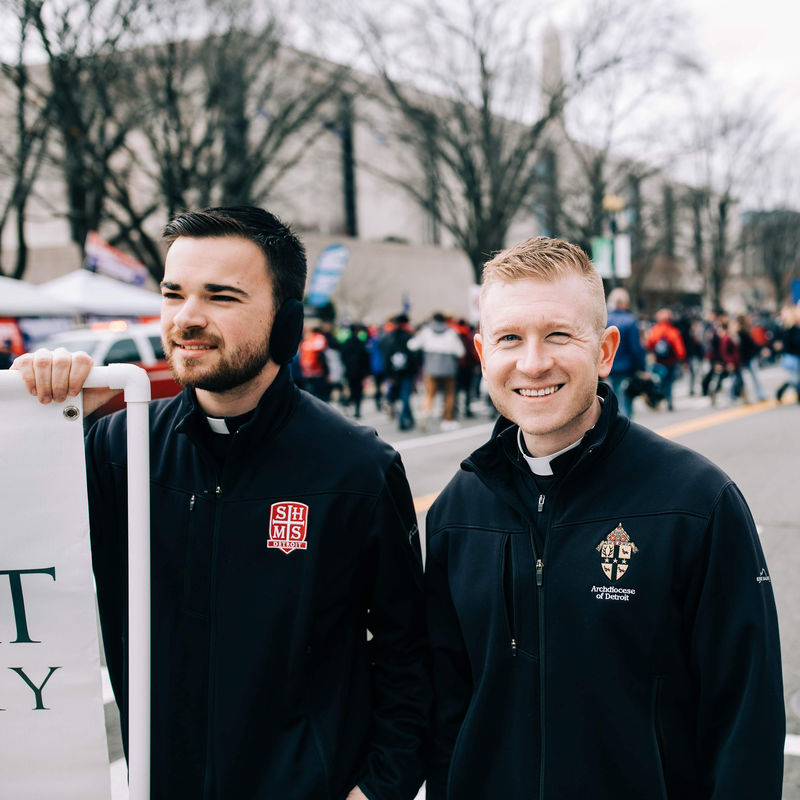 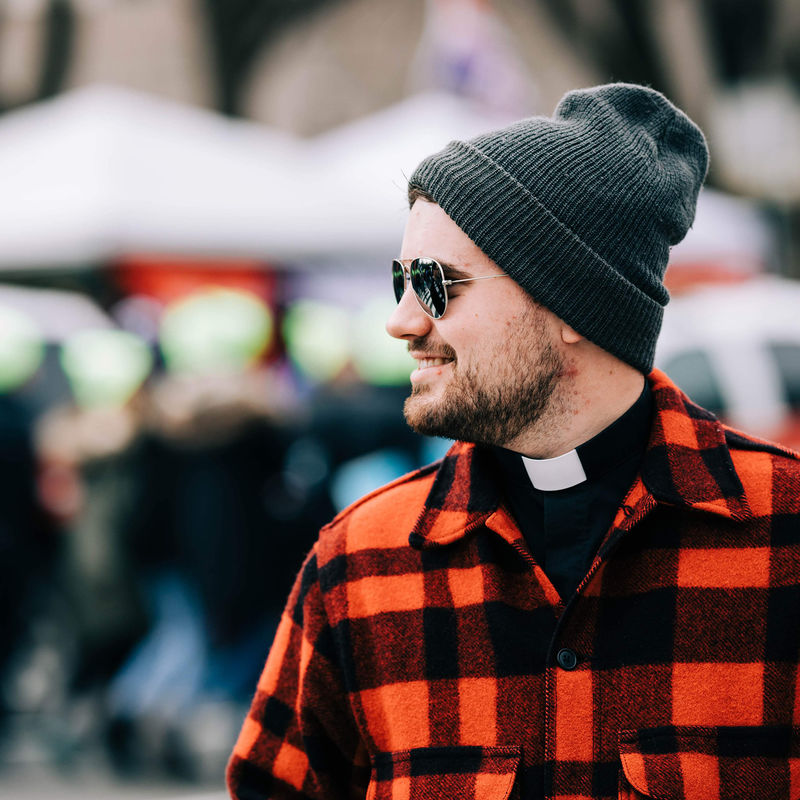 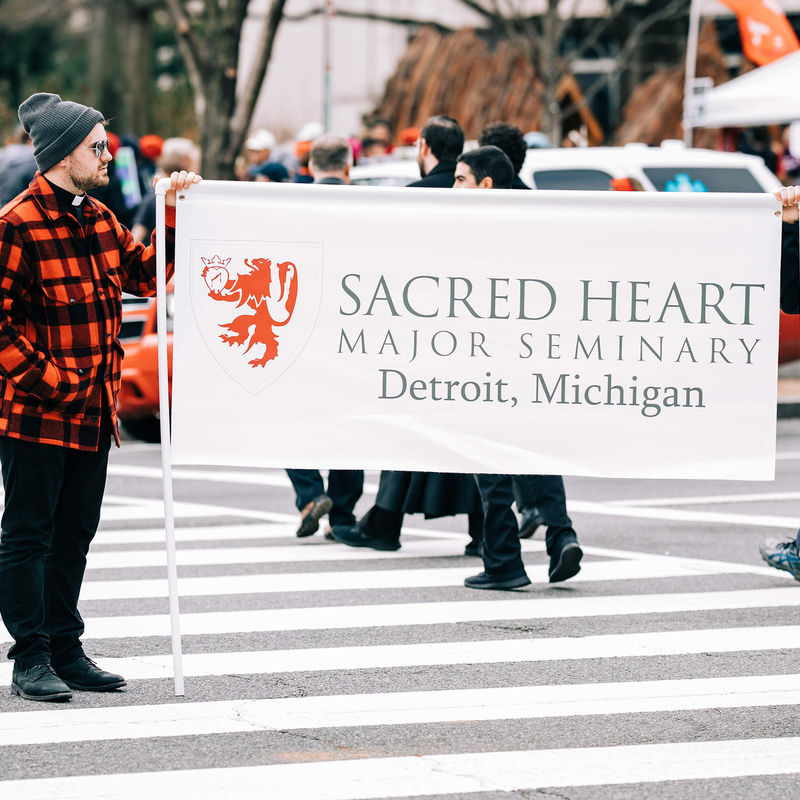 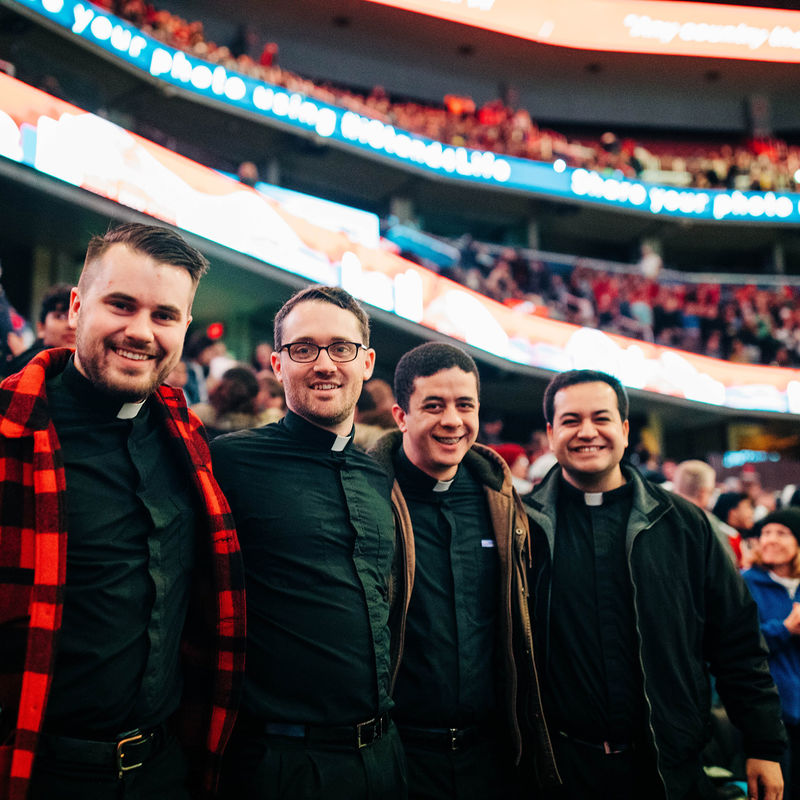 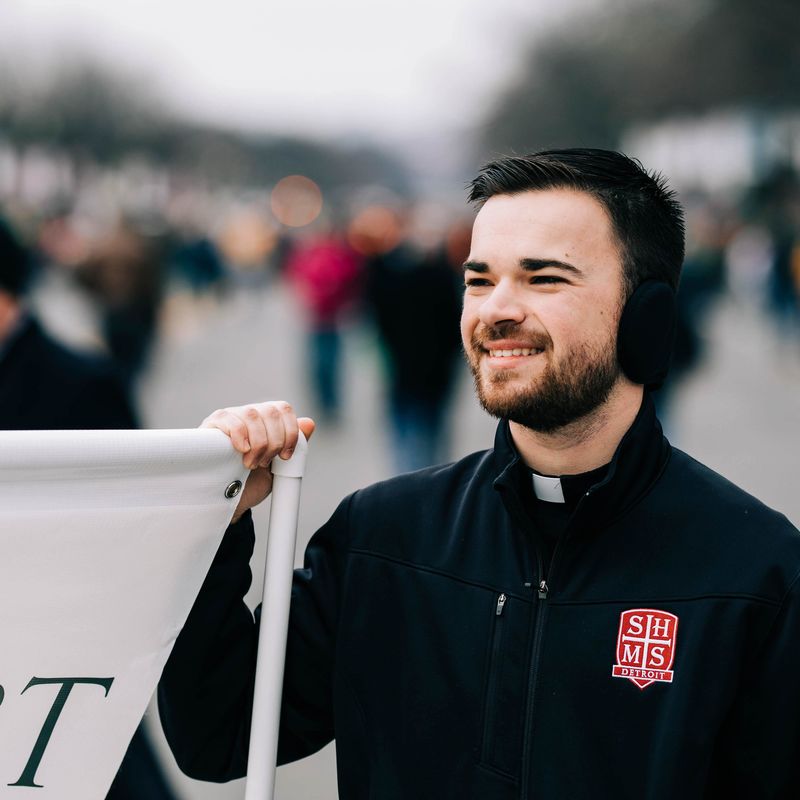 Kevin Wojciechowski is a third-year theologian studying for the Diocese of Saginaw.