Contraception and the 1960s’ Culture of Permissiveness

The Catholic Church had always taught contraception is morally wrong, as John T. Noonan (1926–2017) showed in his 1965 book, Contraception—even though he favored a change in that constant teaching. Blessed Pope Paul VI courageously affirmed this teaching when he promulgated his landmark but controversial encyclical Humanae Vitae on July 25, 1968.

Much of the dissent that occurred after the document’s release had its roots in the cultural and theological upheavals of that time, with figures such as anthropologist Ashley Montagu (1905–1999) rhapsodizing about the revolutionary wonders of the Pill. Although legal abortion would be integral to the Sexual Revolution, contraception made the movement possible in the first place.

With even many Catholic theologians encouraging a change in the teaching, the expectation was the Church would accommodate herself to the Sexual Revolution and “adapt” her teaching. Many argued Vatican Council II (1962–1965) had called on Catholics to dialogue with and learn from the modern world. What better way for the Church to show humility than to countenance use of the Pill to help couples “plan” their families and solve many of society’s most challenging problems, from poverty to overpopulation?

Further, many argued the Holy Spirit was speaking to the Church through the experience of those who found the Church’s teaching onerous and simply out-of-touch in a world where poverty and population were increasing, where women were entering the workforce in greater numbers, and where greater attention was being given to sexual pleasure in and outside of marriage.

The Popes, the Morality of the Pill, and the Pontifical Birth Control Commission

In the late 1950s, Pope Pius XII was faced with judging the morality of the newly invented birth control pill. He determined the Pill was no different in moral character than any other form of contraception. But because it did not interfere with the physical integrity of marital intercourse—often taken to be the chief criterion for determining the morality of the sexual act—many thought it possible for the Church to accept chemical contraception as morally licit. For Pius XII, the Pill (when used expressly for contraceptive purposes) was morally wrong because it rendered the marital act closed to procreation.

Even though Pius XII had already condemned the Pill, St. Pope John XXIII established in the early 1960s the Pontifical Study Commission on Family, Population, and Birth Rate—of which Noonan was later a member when Paul VI expanded the Commission—to further examine it. The issue, as theologian Ramón GarcÍa de Haro noted, was only whether the Pill should be prohibited as contrary to Church teaching on contraception.

The Pontifical Commission’s “Majority Report” argued for change and did so by making arguments rooted in a moral theory later called proportionalism. This theory would be condemned by St. Pope John Paul II twenty-five years later in Veritatis Splendor. A minority of the Commission’s members upheld the traditional teaching.

Gaudium et Spes (1965) a radically new approach to marriage, had heightened an expectation that the Church was now ready to accept the Pill and even other forms of contraception. Contrary to these expectations, Paul VI would teach that each and every marital act had to remain open to new human life (see HV, no. 11).

Humanae Vitae and the Moral Regulation of Birth

Paul VI rooted this teaching in a profound truth of natural law—both anthropological and moral—that God designed the two meanings of the marital act (the unitive and the procreative) as inseparable (HV, no. 12). Like Gaudium et Spes, the pope refrained from using, without denying, the older language of “ends” and their hierarchical ranking. Paul VI had found new language (“meanings” of the marital act) to proclaim the same truth Vatican II taught: both marriage and marital love are ordained to the procreation and education of children.

In teaching that man was not permitted to break the connection between the unitive and the procreative meanings, Paul VI was affirming the notion that these two meanings are—to use philosopher John Finnis’ term—interdependent: if you violate the one good, you violate the other. Both goods are intrinsic to the nature of the marital act (see HV, no. 13). Thus, “As a consequence [of God’s plan for marriage], husband and wife, through that mutual gift of themselves, which is specific to them alone, develop that communion of persons, in which they perfect each other, so that they may cooperate with God in the generation and rearing of new lives” (HV, no. 8). John Paul II’s Familiaris Consortio (e.g., 32) and his “Theology of the Body” would later develop this theme.

According to Paul VI, not all ways of regulating birth were immoral. He taught that recourse to the natural cycles of the reproductive system is fundamentally different in moral character than contraception (see HV, no. 16). For the pope, the use of what we today call natural family planning (NFP), was not, as is contraception, an attack on the good of human life-in-its-transmission. But the crucial moral difference did not rest on the fact that one was “artificial” (e.g., the Pill) and the other “natural” (e.g., NFP), as many seem to think.

For Paul VI, contraception is a choice to impede new human life from coming-to-be by doing something before, during, or after freely chosen intercourse—whether as an end or as a means (see HV, no. 14). NFP, on the other hand, does not involve such an intention to impede the transmission of life. It is the choice to abstain during the fertile period.

Simply put, the moral difference between the two ways of regulating fertility is this: contraception (as its name implies) is always anti-procreative, while NFP is non-procreative—at least when couples aren’t using it to help them achieve pregnancy! Married couples can practice the latter (i.e., have sexual relations during the infertile period) when they have a good reason for not bringing a baby into the world; their marital intercourse during the infertile period can realize other legitimate goods (e.g., the expression of affection).

From Contraception’s Bitter Fruits to an Authentic Human Civilization

In Humanae Vitae, 17, Paul VI famously predicted the bad consequences if contraception became widespread. It would lead to both marital infidelity and a general lowering of moral standards. It would lead to disrespect for women, where men would treat them like sex objects. Finally, the pope warned of the danger of governments using contraception in a coercive manner.

“In preserving intact the whole moral law of marriage,” Paul VI proclaimed, “the Church is convinced that she is contributing to the creation of a truly human civilization. She urges man not to betray his personal responsibilities by putting all his faith in technical expedients. In this way she defends the dignity of husband and wife” (HV, no. 18).

This is the legacy of Humanae Vitae after fifty years—its contribution to building a human civilization, with a “culture of life” at its heart. This is why we read the document today, and why I hope we continue reading it for the next fifty years. Yes, its teaching challenges us. But with moral virtue and the assistance of God’s grace, it is possible to be faithful to it! More Catholics need to give the letter “another look.” In a spirit of conversion, let us either commit or recommit ourselves to its teaching. 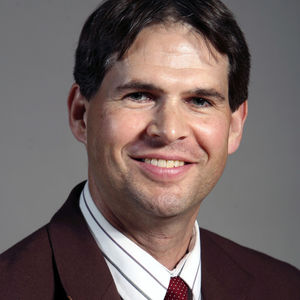 Dr. Mark Latkovic is professor of moral and systematic theology at Sacred Heart.

A Priestly and Eucharistic Heart

Fr. David Pellican examines how a Eucharistic life, built around daily Mass and Adoration, forms priests “after the pattern of Jesus’ priestly and Eucharistic heart”

Dr. Wallenfang reflects on the gift of the Eucharist by identifying the way it protects one from a life at risk of false worship, and guides one into a life of humble dependence on God

What does the Catholic Church teach about the Eucharist?

Dr. Fastiggi offers scriptural and historical evidence to highlight the key points to understanding and witnessing Christ’s real, true presence in the Eucharist