Seminarians from the Diocese of Lansing who are studying at Sacred Heart feel right at home. After all, the Lansing Diocese borders four of the Archdiocese of Detroit’s six counties, and many of the men grew up visiting Detroit or playing sports against schools located within the Archdiocese.

Diocese of Lansing Bishop, Earl Boyea, called Sacred Heart home for many years. “Sacred Heart Seminary was home to me for the eight years of high school and college seminary. Being the oldest of ten kids, I was glad to get out of the house and board away even at such a young age,” quipped Bishop Boyea. From 1987 to 2000, the seminary became his home again when he served in the faculty and as Academic Dean. He was installed as Bishop of the Diocese of Lansing in April of 2008. This year, 19 seminarians from his diocese are making the Sacred Heart their home.

Being close in proximity to Detroit allows Lansing seminarians, especially those ordained as deacons, to serve at a parish within their own diocese on weekends – something not possible for students from farther-reaching dioceses. Many return to the diocese for internships in the summer.

Corey Bilodeau is a third-year theology student at Sacred Heart. He recalls feeling a strong sense of belonging when he first visited on a Come and See Weekend. “I was struck by the beauty of the building, the calmness that’s here, and the deep sense of God being present. There’s a strong sense of community and I felt very welcomed from the moment I walked through the door,” says Bilodeau.

After receiving his undergraduate degree from Hope College, Bilodeau spent time in Baltimore serving with Catholic Charities. He enjoys the service and pastoral ministry opportunities at Sacred Heart. He has brought Holy Communion to the homebound in Detroit, served in hospital ministry, and led a men’s Alpha group. “It allows us to get out of the seminary each week and out of ourselves, and realize why we’re all here in seminary,” Bilodeau says. “It’s the highlight of my week to go to serve and interact with people.”

Fr. John Whitlock, Vocations Director, finds that the emphasis on the New Evangelization at Sacred Heart mirrors the Diocese of Lansing’s own mission. “I’m especially grateful for the strong Scripture program at Sacred Heart,” says Fr. Whitlock. “That formation has a profound effect on preaching because if you trust the Scriptures and you believe they have the power to change people’s lives, it’s going to have an impact.”

Jacob Derry is in his second year of pre-theology at the seminary. He feels blessed to call Sacred Heart home and to be surrounded by people who help him on his journey to the priesthood. “I’ve been really pleased and grateful for the priests that are here at the seminary forming me,” says Derry. “And even more, to be doing that alongside such solid, prayerful men who are wanting the same thing as me – to pursue this great goal, this great mission.”

Derry values working with the Sacred Heart Major Seminary formation staff and spiritual directors, who touch base with seminarians regularly to help them continue to move forward in the formation process. He says their presence and openness has allowed him the freedom to be honest as he works through his discernment and grows as a future priest. Bilodeau agrees.

“Sacred Heart encourages that uniqueness of each person, to be the priest that God wants you to be and not the priest that someone else wants you to be,” Bilodeau says. “That takes the pressure off, knowing that I don’t have to be the same as my classmates who might have strengths in different areas. It’s allowed me to let go of some of my fears and dive in with the gifts God has given me.”

To make Sacred Heart feel even more like home, the seminarians from the Diocese of Lansing make a point to share a meal together every Thursday at their “Lansing Lunch.” They cherish this tradition all the more since last year’s COVID-19 protocols prevented them from eating in groups. The men from Lansing also form smaller fraternity groups to support each other in a more personal way. “It’s important for us to stay connected but it has a ministry application, too,” Derry notes. “How can we lead others at a parish in discipleship if we haven’t experienced that ourselves in a small group?”

Bishop Boyea notes two attributes of Sacred Heart that he appreciated as a student and faculty member of the seminary, both of which are reasons why he continues to send Lansing seminarians to Detroit. “Living together with other people of faith, seminarians and priests and lay faculty and staff, has provided me with a clear understanding of the communal nature of our faith. We really are not meant to be alone,” says Bishop Boyea. In 2012, Bishop Boyea released a pastoral letter, “Go and Announce the Gospel of the Lord,” which calls the lay faithful to be bold witnesses in Christ and welcomes back those who are no longer active in the Church.

“Seminary life, both as a student in formation but especially as a faculty member, instilled in me the necessity of working with other people, especially lay men and women, to achieve God’s work, to live out the faith we professed, and to advance his Kingdom,” he says. “The seminary continues to inculcate these same qualities in those who are formed within its holy precincts. Thanks be to God for Sacred Heart Major Seminary.” 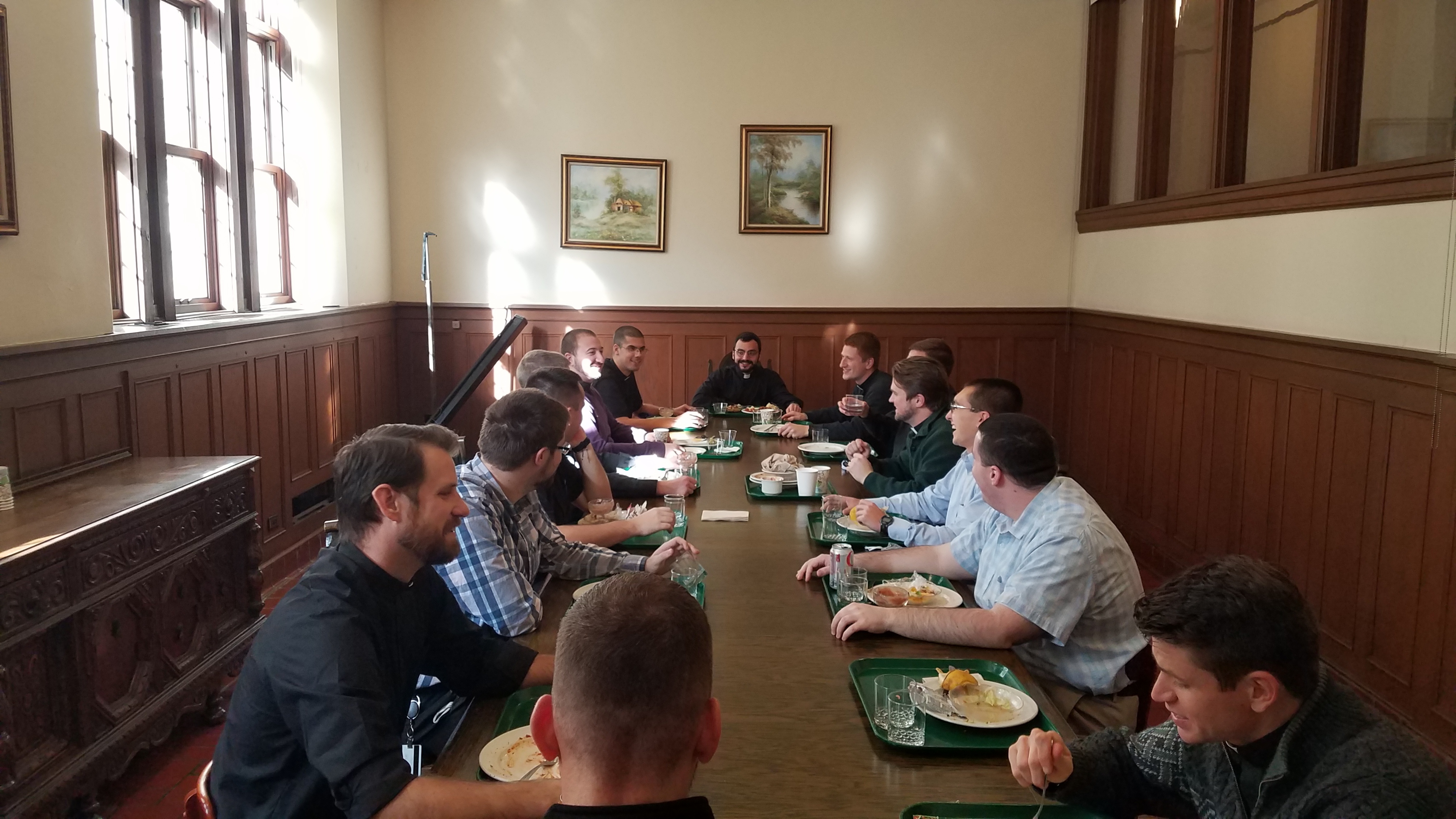 Men of the Hearts Podcast: Episode 7

Discover the experiences of Sacred Heart's seminarians from Gary, Indiana and the support they receive from their home diocese while receiving their education and formation here in Detroit