"Lofting in the Heavenly Graces" in Italy

Diocese of Lansing seminarian Seamus Kettner thought he would make a pilgrimage to the Holy Land with his class two years ago. The annual trip serves as a key component of the formation at Sacred Heart Major Seminary for first-year theology students. But due to the COVID-19 pandemic, the trip was delayed in 2020, and again in 2021. Then, changing travel restrictions in Israel earlier this year forced the group to pivot to an itinerary to Italy instead of the Holy Land.

Given the delay, the pilgrimage included three classes of seminarians—those who had just completed their first, second, and third year of theology, twenty-nine men in all.

Kettner is a third-year theology student and will be ordained a transitional deacon for the Diocese of Lansing on June 11th. Some of his classmates had already been ordained to the transitional diaconate for their dioceses when they departed for Italy.

“I saw it as a honeymoon for the five deacons that had just been ordained,” Kettner said. “You could just sense that they were lofting in the heavenly graces. Seeing the joy of my brothers was really special and would not have been the case if we had gone two years ago.”

Second-year theology student Matthew Kurt, who is co-sponsored by the Archdiocese of Detroit and the Archdiocese for Military Services, was moved by his time in Assisi. While praying in the chapel at the convent where he was staying, he noticed the small stature of the religious sisters who were praying there. God used that moment to work in Kurt’s heart.

“When you’re small, the Lord can be big. That set the tone for the rest of the pilgrimage for me,” Kurt said. “St. Francis, St. Clare, St. Catherine of Siena, all these people who were so small and lacked so much yet the Lord used them in big and powerful ways, like Mary’s Magnificat. These saints were blessed because in their lacking, the Lord was able to work through them.”

That theme of smallness in order to allow Jesus to be seen through him became the focus of Kurt’s prayer for the entire pilgrimage. He even noticed it in the vastness of St. Peter’s Basilica.

In Florence, the seminarians celebrated Masses at the Basilica of St. Lawrence and the Cathedral of St. Mary of the Little Flowers (the Duomo). They spent a day in Siena before traveling to Rome for the final four days of their pilgrimage, which included attendance at the weekly Papal audience.

Ivan Alatorre, a first-year theology seminarian with the Diocese of Gary, Indiana, had seen Pope Benedict XVI from a distance at the World Meeting of Families in Philadelphia in 2015. In Rome, Pope Francis passed by in the popemobile just a short distance away.

“It was phenomenal to see the Holy Father that close,” said Alatorre. “I’ll always remember it.”

Alatorre enjoyed learning about artists such as Michelangelo and Ghirlandaio in Florence and Rome, and about how art allows one to see God within the beauty of their works. While on the trip, Alatorre read a book about St. John Paul II and his message to artists in which he reflects that the art we see is only a fragment of the reality of beauty himself, which is God. Works of art, St. John Paul II said, should be a call to holiness to those who view them.

The group visited the four major basilicas in Rome: St Paul Outside the Walls, St. Mary Major, St. John Lateran, and St. Peter’s. Kettner was astounded by the size and beauty of the churches.

“The tour guide shared with us that the basilicas were built so large to send a message to the people that there will always be room for more, that everybody is welcome in the Catholic Church,” said Kettner. “To be able to go to all four of them was really, really special.”

Making the pilgrimage with two other classes, two years after he hoped to go with his class, brought special blessings for Kettner.

“The time in Italy led to a type of discipleship with the older brothers reaching out to the younger ones and sharing insights into each year of formation. At the same time, the older ones learned just as much by being with the younger brothers—their zeal, their eagerness, their excitement about diving into theology,” Kettner said. “During the school year, we don’t get much mixing of the classes other than at meals.”

Father Charles Fox, Vice Rector and Dean of Seminarian Formation at Sacred Heart joined the seminarians on the pilgrimage. Father Fox says the experience is important in the men’s formation.

“It allows them to experience their faith in a new way and puts them in direct contact with the places associated with those who have followed Christ most closely, the saints. To be at their tombs, at their homes, and the places where they exercised their ministry . . . to be on holy ground in that way is a profound experience for our seminarians,” Fr. Fox said. “It not only nourishes them but, in turn, helps them to nourish others through their preaching and teaching. In the end, the pilgrimage is for the people we serve more than it is for us.”

The group prayed fervently for their friends, family, and benefactors during their time in Italy.

“I was very grateful for the support and to be able to pray for all the benefactors who made the trip possible, to bring their prayers to the specific spots we visited,” said Alatorre. “We all felt very blessed.” 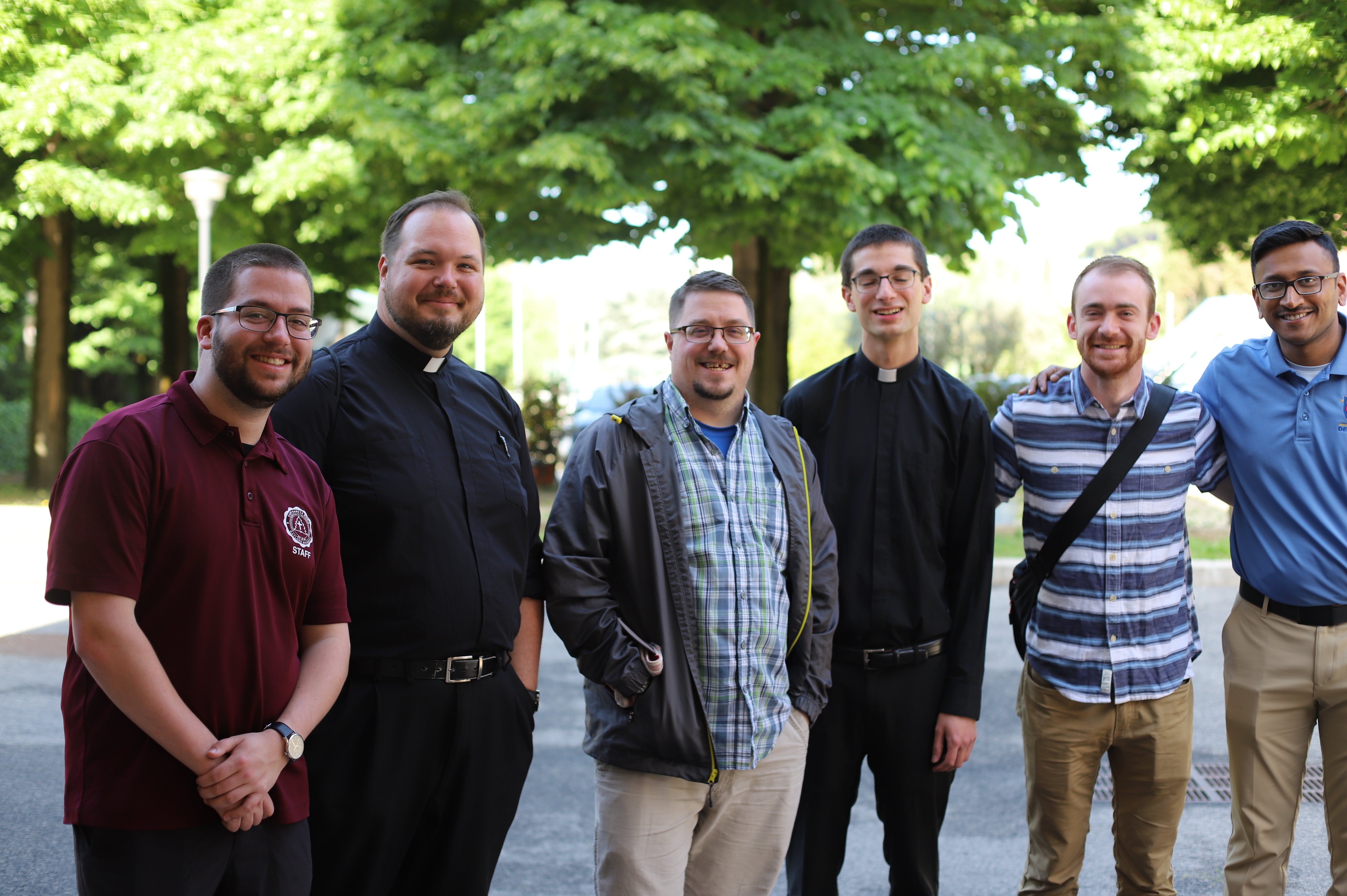 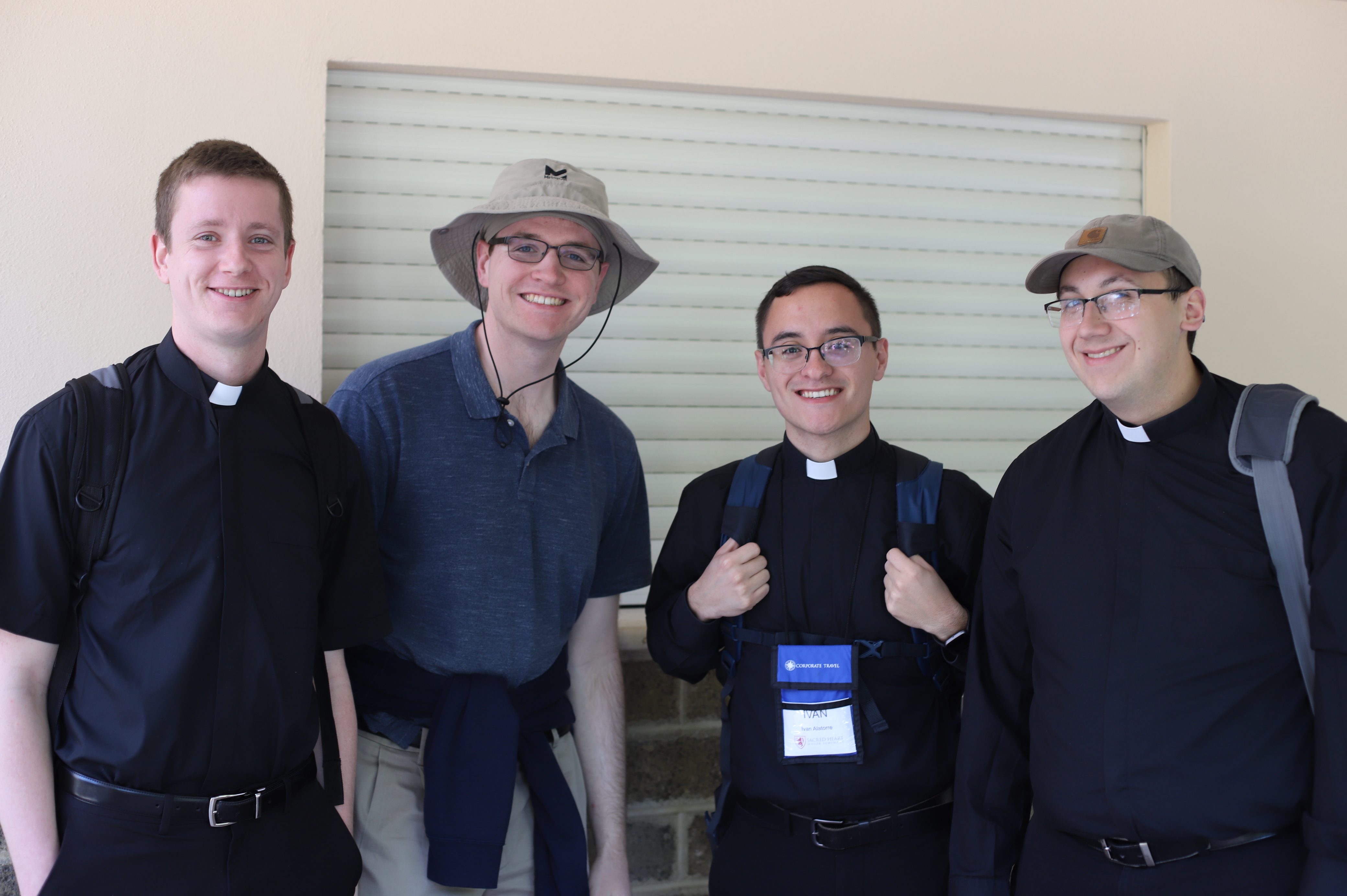 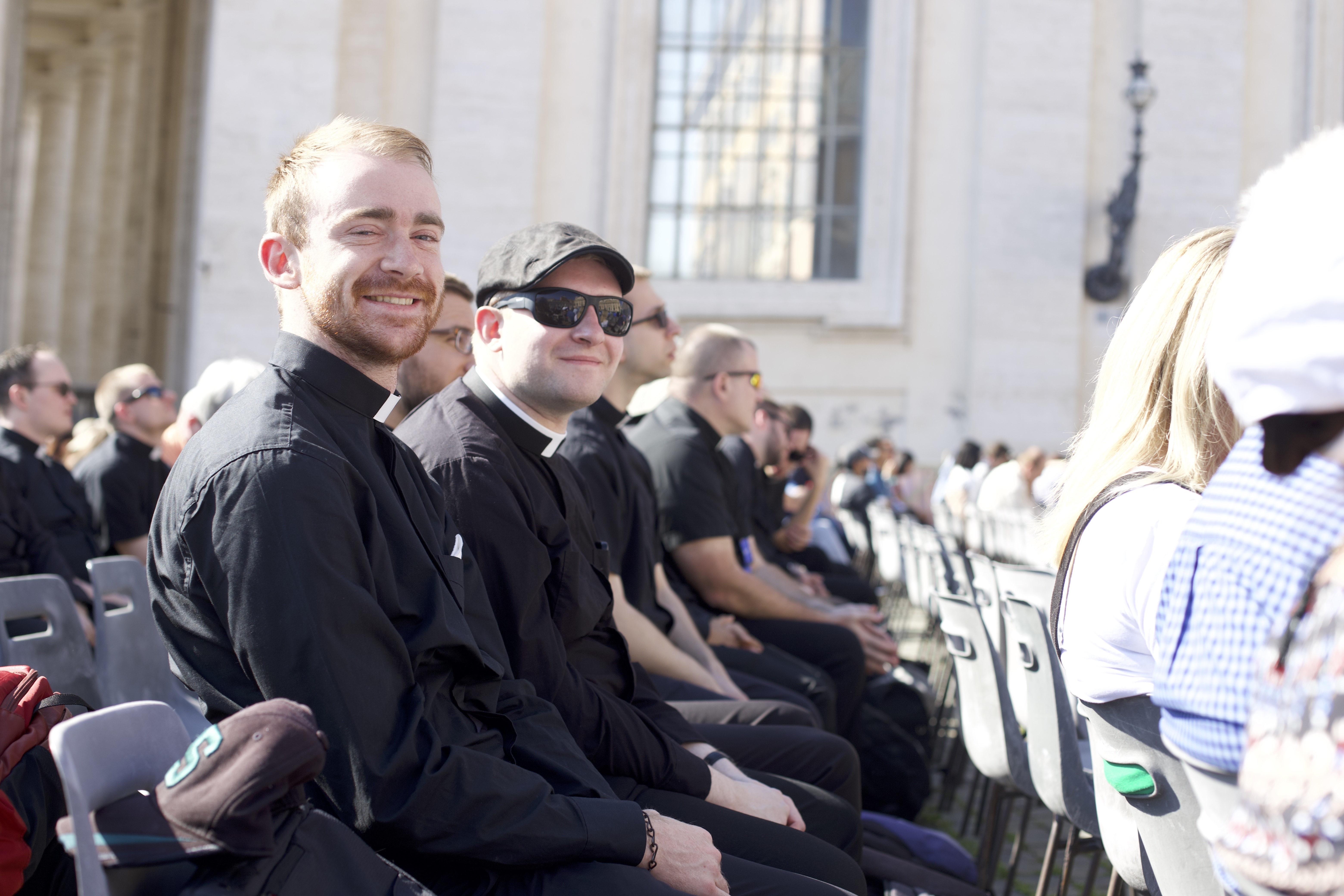 Companions of the Cross seminarian, Deacon Juan Pablo Orozco Celaya grows deeper “in the heart of Christ as shepherd,” in anticipation of upcoming ordination

Eight transitional deacons to be ordained priests this spring and summer

Meet Your Seminarians: Brother John of the Cross Costantino, FHS

Franciscan Friar of the Holy Spirit, Br. John of the Cross, looks back on his Holy Land pilgrimage and looks ahead to radiating the love of God in his priesthood