Monsignor Todd Lajiness: Honoring over 19 years of service and stewardship

In the words of Archbishop Allen H. Vigneron, “under his leadership [Sacred Heart] has been transformed into a nationally renowned leader in the new evangelization.” This June, he will move on to a new assignment as administrator of Our Lady of Good Counsel in Plymouth.

For the last two decades, Monsignor Todd Lajiness has walked the historic pewabic tiles of Sacred Heart Major Seminary halls exemplifying a missionary spirit and selfless commitment to the mission. In the words of Archbishop Allen H. Vigneron, “under his leadership [Sacred Heart] has been transformed into a nationally renowned leader in the new evangelization.” This June, he will move on to a new assignment as administrator of Our Lady of Good Counsel in Plymouth.

“I am deeply grateful for these years in which Msgr. Lajiness has so generously served at the seminary,” Archbishop Vigneron said. “Above all, I praise his steady-handed zeal and attention to that which was at the center of all he did: creating a place where missionary hearts are formed in our future priests. Perhaps unknowingly, so many of the faithful in the Archdiocese have been affected by his wholehearted investment in this ministry, and the ripple effects of his hard work over these years will continue to be felt for many years to come.”

During Msgr. Lajiness’s nine year term as Rector and President, he led the seminary into record high enrollment numbers, oversaw campus expansions and improvements – including a chapel restoration – helped introduce online programs to the seminary and a postgraduate licentiate on the New Evangelization, and hosted a centennial celebration for the seminary. Before his current role as Rector and President, Msgr. Lajiness was Instructor of Theology in the College of Liberal Arts, Director of Undergraduate Formation, and Dean of Studies at the seminary.

Not only has Msgr. Lajiness contributed to the success of the seminary, but he has also touched the hearts and minds of Sacred Heart’s students, staff, and extended community.

"During my time as a seminarian, and now as a priest, Msgr. Lajiness has been a true spiritual father,” said Father Joseph Kirkconnell, who was ordained a priest for the Archdiocese of Detroit in 2014. “He freely, and joyfully, shares the wisdom he has received through prayer and his own experience in order to encourage, support, and model at each step of the journey what it means to be a good shepherd after the heart of Jesus."

Since the announcement of Msgr. Lajiness' transition, faculty and staff at the seminary have reflected on the gift of his leadership, mentorship, and friendship both personally and professionally in their community.

“Returning unexpectedly to the academic life after many years spent in international evangelization was an adjustment for me that Msgr. Lajiness helped go smoothly,” said Dr. Ralph Martin, a professor of theology who arrived at the seminary around the same time as Msgr. Lajiness. “As my responsibilities at the seminary increased, Monsignor gently suggested and then made possible for me to move to Washington D.C. to finish up a S.T.L. degree and then to Rome to complete a doctorate in Sacred Theology. My collaboration with Monsignor when he was Dean of Studies in fostering our S.T.L. program was a highlight of my time at the seminary.

“Without his support and friendship, my contribution to the seminary would not have been possible.”

Dr. Matthew Gerlach, Dean of the Institute for Lay Ministry, called Msgr. Lajiness “one of the main reasons” he moved his family from North Dakota to Michigan to accept his new position at Sacred Heart in 2016.

“He cares about the lay staff and faculty, and has always been extremely supportive of marriage and family life being our primary vocation, over work,” Dr. Gerlach said. “And when you may be feeling discouraged, he always offers a calming word of encouragement to trust in the Lord along with the promise of his prayers. He tries to make sure each of us has what we need to do our job and then trusts us to carry it out with full confidence in our ability to do the tasks. It's been a delight to serve under his leadership these past several years as rector."

“In his many years of ministry at Sacred Heart Major Seminary, Msgr. Lajiness has been a generous leader, teacher, and father to the community, “Father Burr said. “He is a priest of great charity who is patient and faithful. The seminary has experienced beautiful growth under his dedicated care."

Kathleen McCann has witnessed Msgr. Lajiness’s leadership through her involvement as a student, board member, and longtime supporter of Sacred Heart.

“One way to assess whether a leader has been successful in a particular assignment is whether he has left the organization in better condition than he found it. This is certainly true of Msgr. Todd and Sacred Heart,” she said. “But more than this most practical measure, one might ask whether he’s enriched the lives of those he’s touched – whether through encouraging their vocations, supporting excellence in their professions or bringing them closer to Jesus. He’s done all three for me and many, many others.

“I’m so grateful for his generous heart, the gift of being his Co-worker in the vineyard and we look forward to welcoming him home to Our Lady of Good Counsel.”

Dr. Isaiah McKinnon, Sacred Heart Major Seminary board member, and former Deputy Mayor and Chief of Police for the City of Detroit., admires his leadership and legacy.

He shared, “As a Sacred Heart Major Seminary board member and friend of Msgr. Lajiness, I have personally witnessed his ability to educate and inspire so many of the seminarians and faculty in his role as rector and president. As the spiritual leader of this great institution, he leaves behind a positive and profound legacy. He led with integrity, empathy, respect, and courtesy.”

In addition to his roles at Sacred Heart, Msgr. Lajiness has served as Associate Pastor at Our Lady of Victory in Northville, Secretary to His Eminence Edmund Cardinal Szoka, weekend assistant at St. Mary’s Queen of Creation in New Baltimore and at Holy Family Parish in Novi.

As Msgr. Lajiness transitions to his new role at Our Lady of Good Counsel, he will continue to form the hearts and minds of the Sacred Heart community through the lasting impact of his spiritual fatherhood and successful leadership. 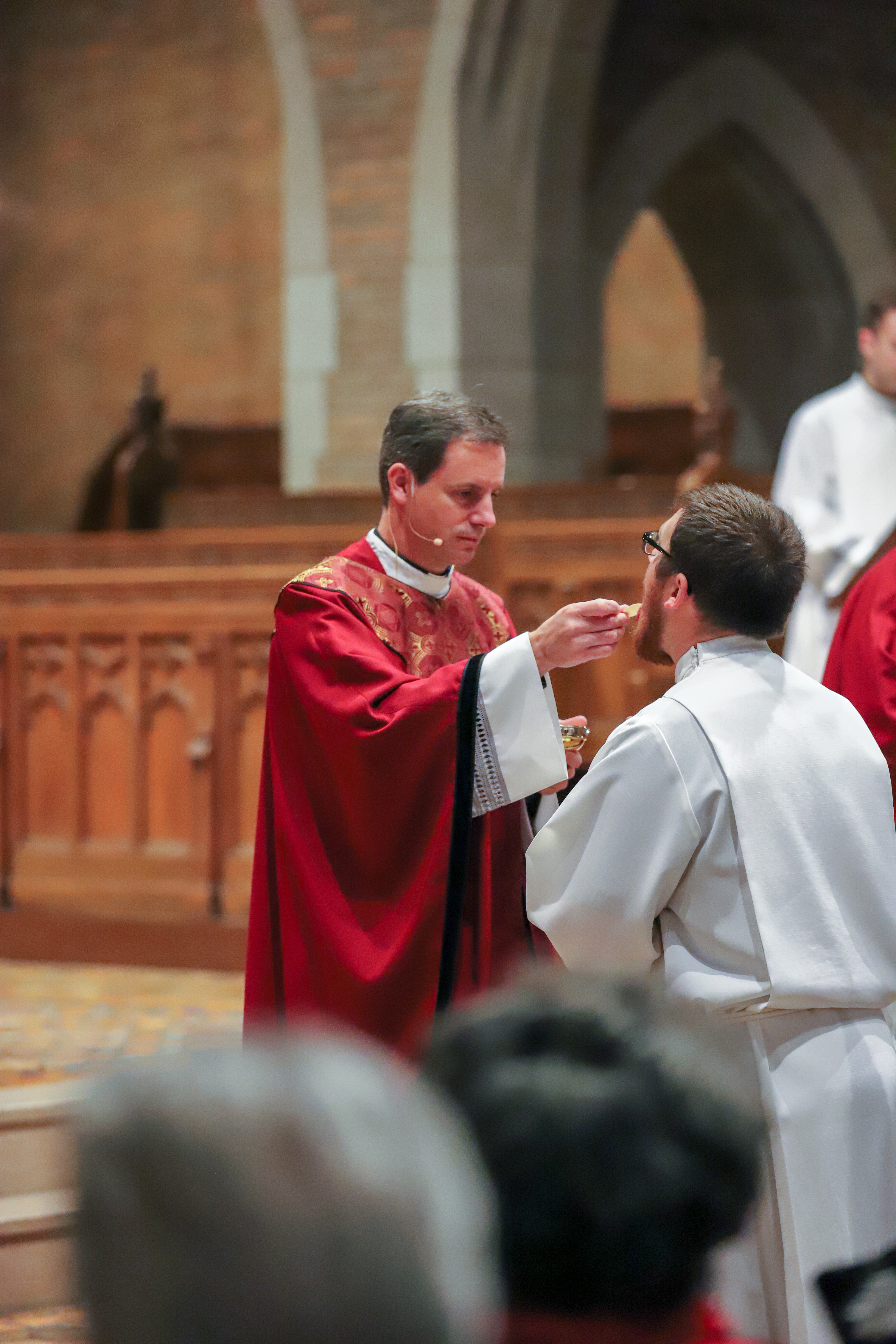 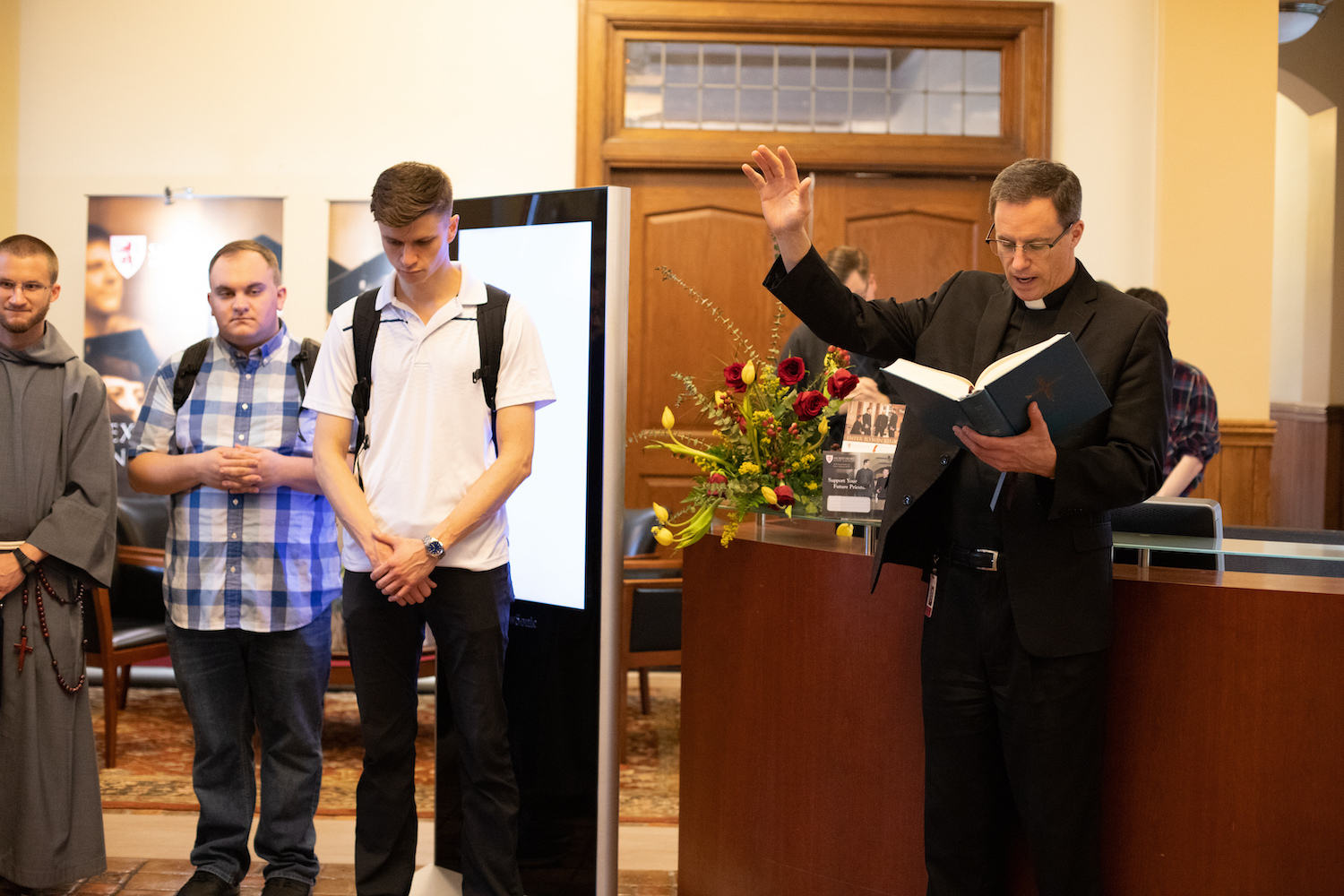 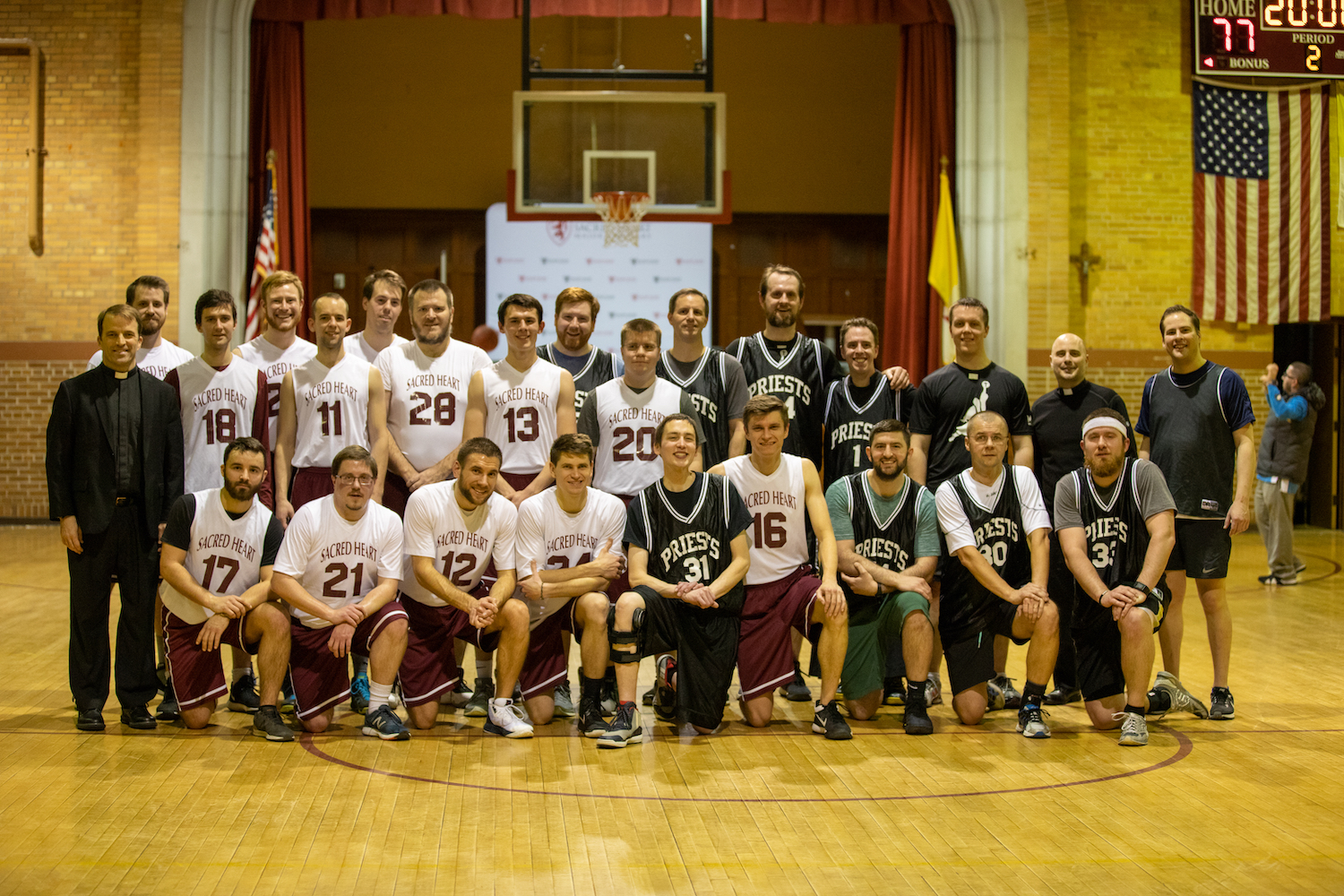 After five years of service to Sacred Heart, Dr. Gerlach will begin his new position as Vice President for Character, Virtue, and Ethics for St. Mary’s University in Minnesota