DETROIT — More than 600 donors and benefactors of Sacred Heart Major Seminary gathered at Huntington Place in downtown Detroit on June 10 for the 2022 Archbishop’s Gala to support the mission of the seminary and the future priests it will form.

“This fundraiser is a great way to support the mission of Sacred Heart,” Fr. Stephen Burr, rector and president of Sacred Heart Major Seminary, told Detroit Catholic. “Tonight is a chance to gather with all the people of God who support us. We have such great benefactors, people who support us for many years and those who are new to the seminary community.”

In a year in which the Archdiocese of Detroit is marking a special Year of Prayer for Priestly Vocations, Fr. Burr said events like the gala are among many ways parishioners can support current seminarians in their studies and encourage men to consider the priesthood.

Five transitional deacons from the Archdiocese of Detroit emceed the gala, which carried the theme “Hearts for Christ.”

Detroit Archbishop Allen H. Vigneron gave the keynote address, announcing a $100,000 gift from the Michigan State Council of the Knights of Columbus to Sacred Heart and thanking donors for their continued support of the seminary where he was a student, professor, rector, and now chairman of the board of directors.

“The work of the seminary of course is aimed at preparing shepherds and their coworkers to serve the Gospel,” Archbishop Vigneron said. “This image of the heart of Christ (is important), because we never would want pastors who work in the name of Christ to serve us without the heart of Christ.”

Robert and Melanie Nofz of St. Michael the Archangel Parish in Livonia attended their sixth gala, showing their appreciation for the work the seminary.

“We’ve been donors for six years now and feel the seminary is such a great place,” Melanie Nofz said. “We see these (seminarians) at different parishes throughout the Detroit area, and we see young priests coming up and going through new assignments, and it’s really rewarding to see.”

Coming to the gala is a way to express further gratitude for priestly vocations, Robert Nofz added.

Seminarians played a key role in planning and executing the gala, including providing entertainment during dinner — singing an a capella hymn dedicated to the Sacred Heart of Jesus — organizing coat check-ins and various odds and ends. But most importantly, seminarians said they appreciated the chance to thank those who helped make their formation possible.

“It’s a tremendous blessing to know there are people out there who have a genuine love for those being formed as priest,” said Joseph Nannoshi, a second-year theology seminarian studying for the Southfield-based Chaldean Eparchy of St. Thomas the Apostle.

“When you see us (seminarians), let us know you’re praying for us," Nannoshi added. "Introduce us to the family, because in the end, we’re being formed as fathers. Getting to know our future parishioners is absolutely everything to us.”

Bishops across the Midwest who send their diocesan seminarians to Sacred Heart were also in attendance, including Sacred Heart alumnus — and former Detroit priest — Bishop Robert J. McClory of the Diocese of Gary, Ind.

“Sacred Heart has a combination of academic excellence, which is very faithful and dynamic in its presentation, along with a solid pastoral formation, which refers to the human skill in the ways we can serve our people,” Bishop McClory said.

The seminary also "encourages a very deep spiritual life, because we want our priests to have a strong confidence in their relationship with the Lord," Bishop McClory added.

Bishop Francis Y. Kalabat of the Chaldean Eparchy of St. Thomas said the seminary has been a great partner for the Eastern-rite diocese. The gala is a way for the community to show its appreciation, he said.

“St. Paul in the Scriptures talked about the need to be active in how you support those who are in need, whether they are the poor or those who need to study,” Bishop Kalabat said. "Both those who have received the benefits, and those who have given the benefits, need to see each other. That way it’s not just giving to an idea, but you see the greater community that you are supporting, that’s supporting you, and we can gather in this great hall to say, ‘Thank you, Jesus.’”

Archbishop Vigneron closed his keynote address by asking all in attendance to continue to pray for vocations, for men already in the seminary, and for those discerning the priesthood.

“Pray especially that God will send new brothers to these men,” Archbishop Vigneron said, referring the five seminarians who emceed the event. “Pray for new members of the band of missionary disciples who will advance the kingdom of God. Particularly, I ask, through the intercession of the Mother of God, that these men have the grace to hear God and to have the bravery to preach the Gospel in a world that finds our message sometimes even labeled as hate speech.

“We need priests who have courageous hearts, so please pray for that,” Archbishop Vigneron said. 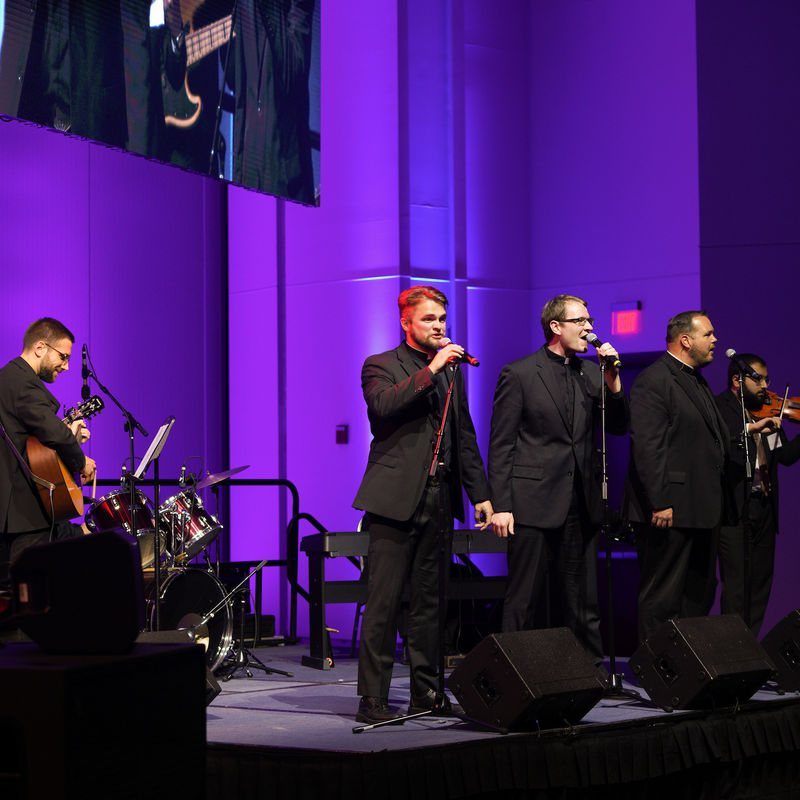 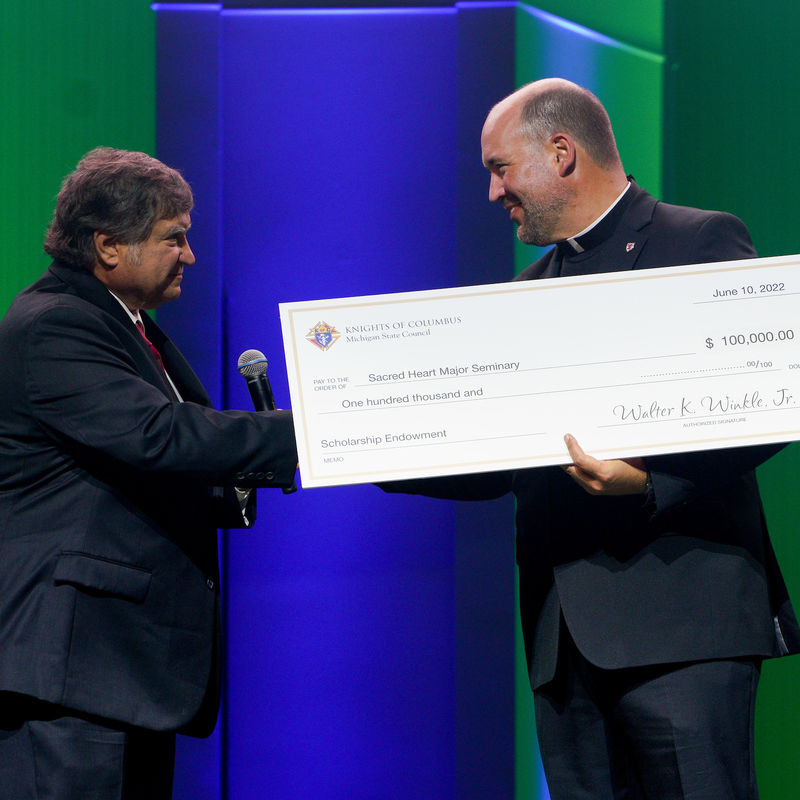 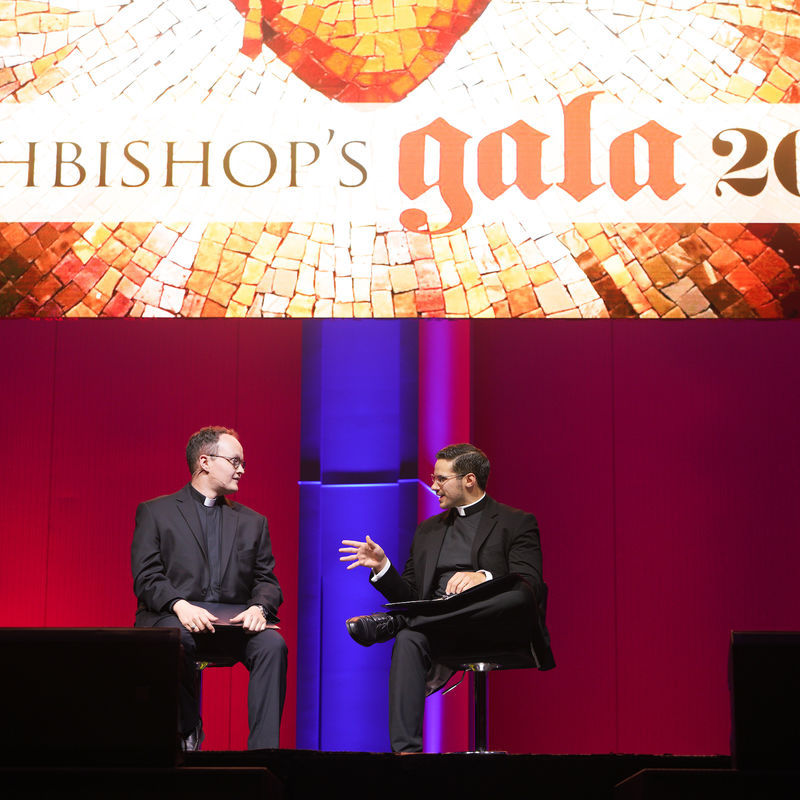 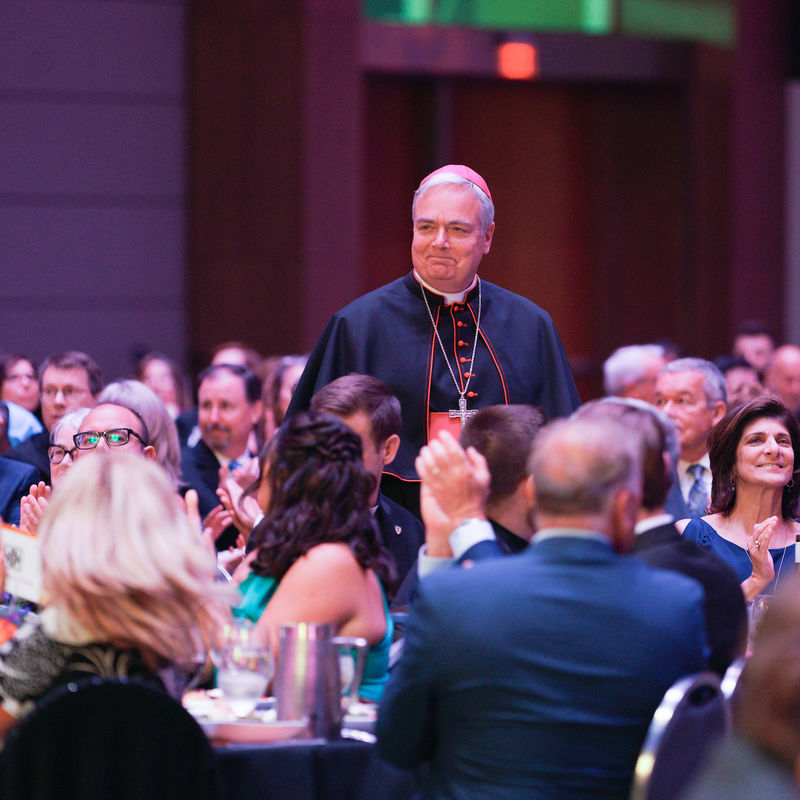 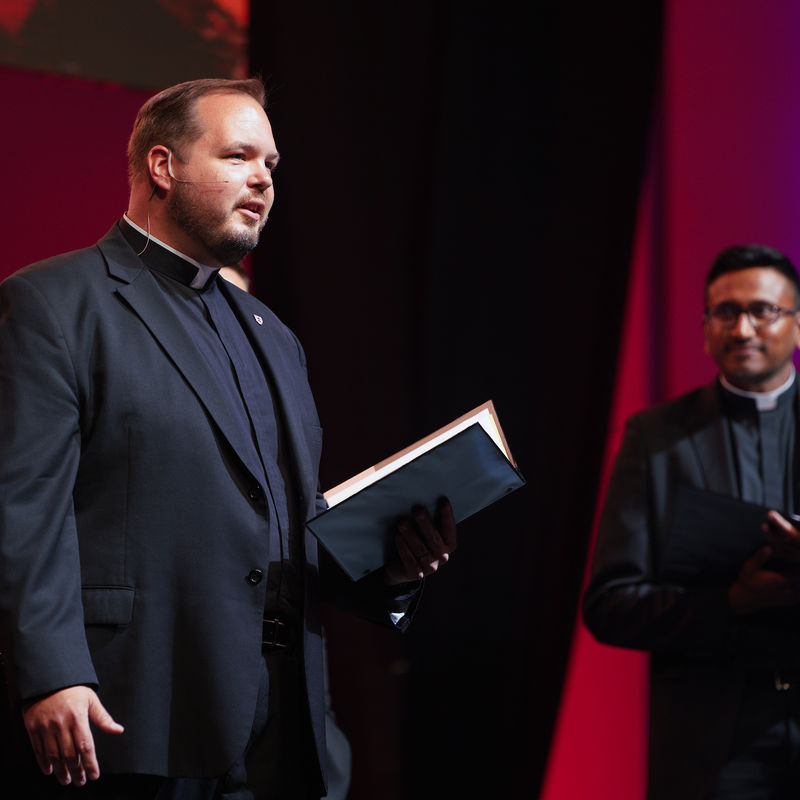 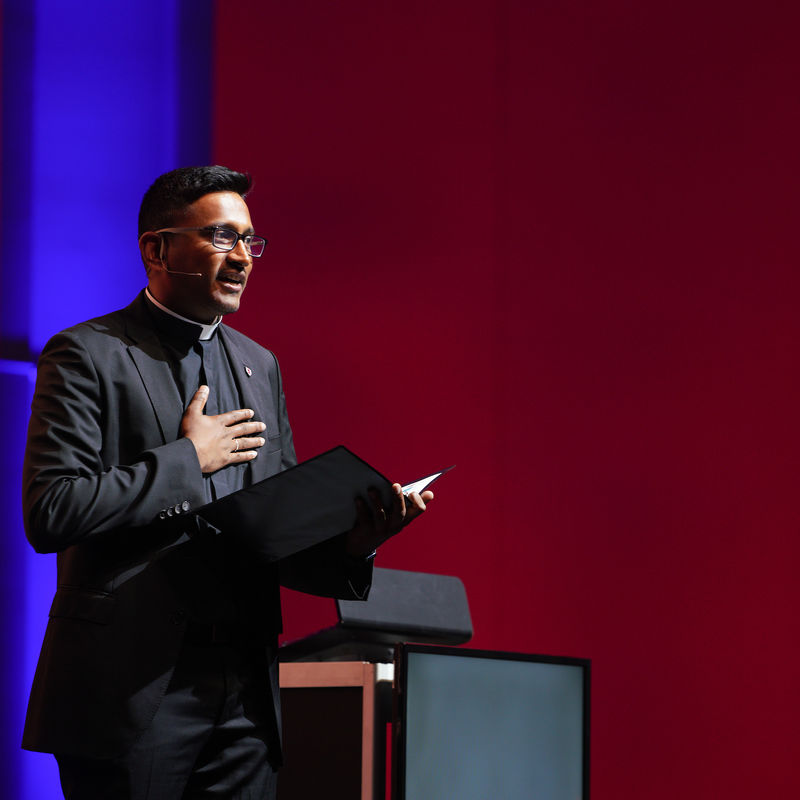 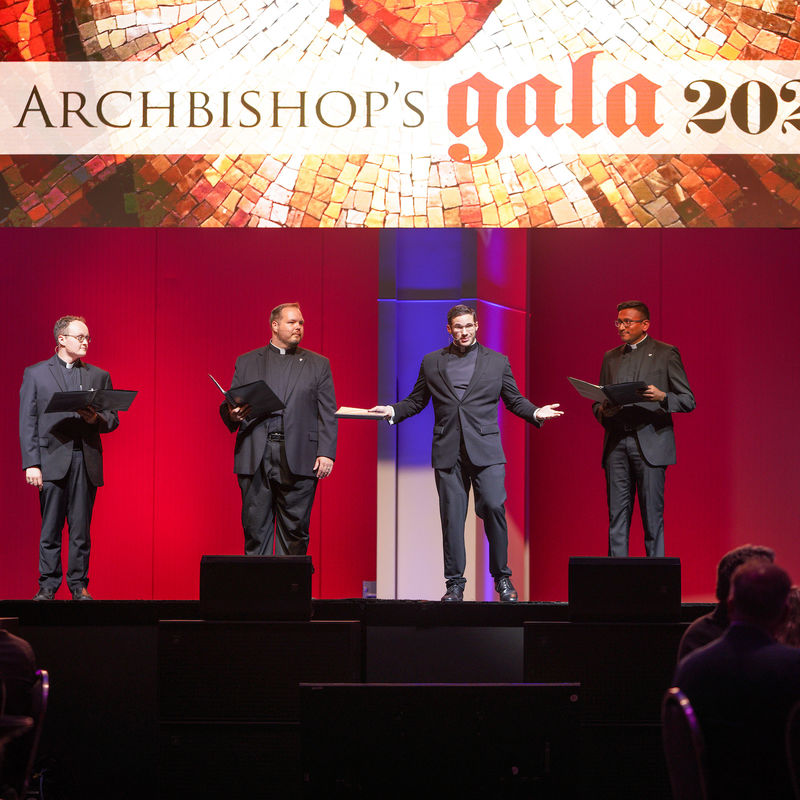 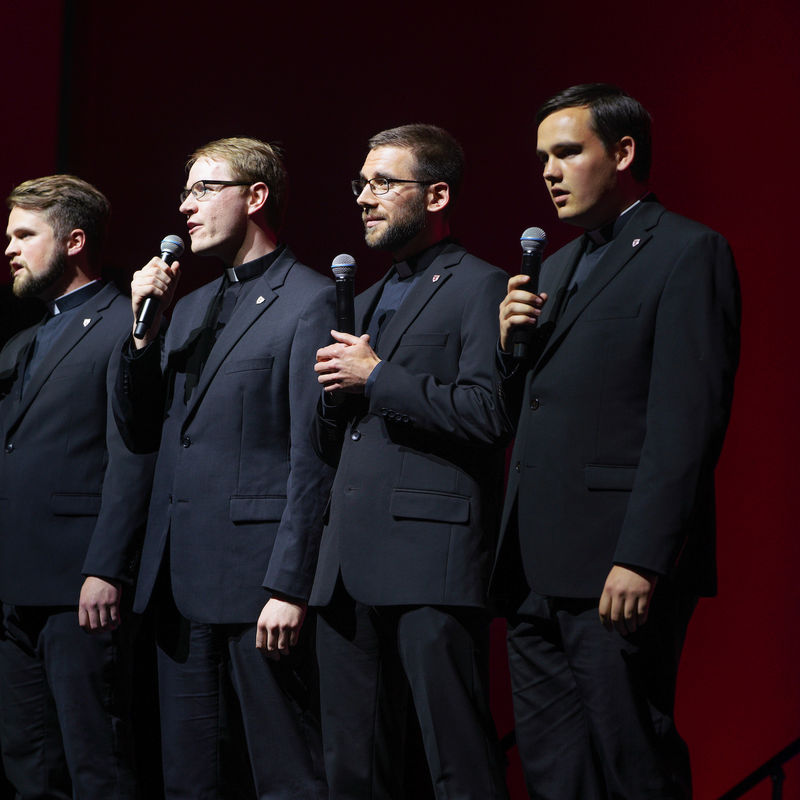 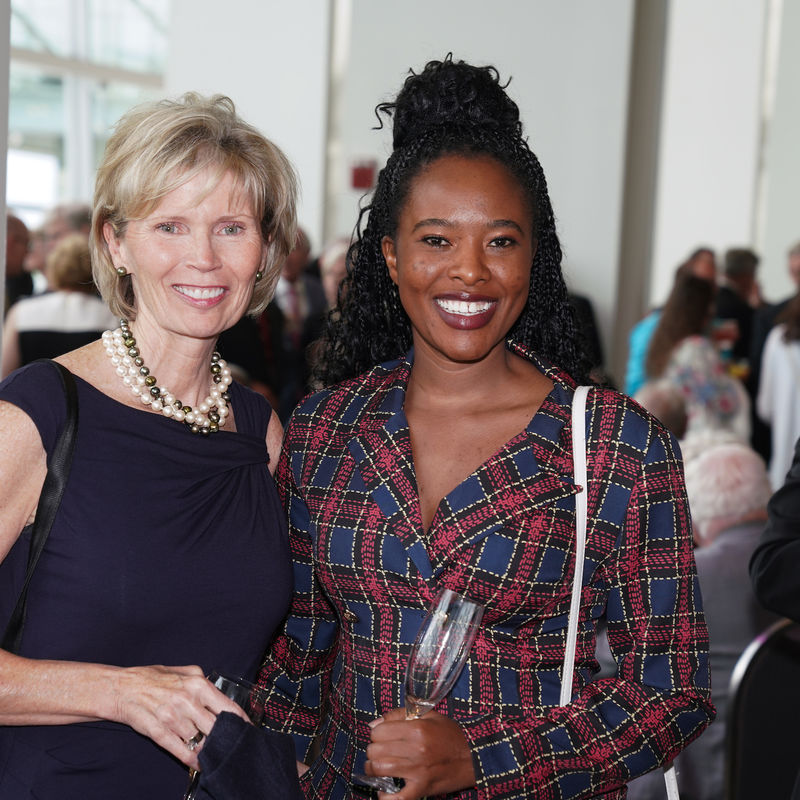 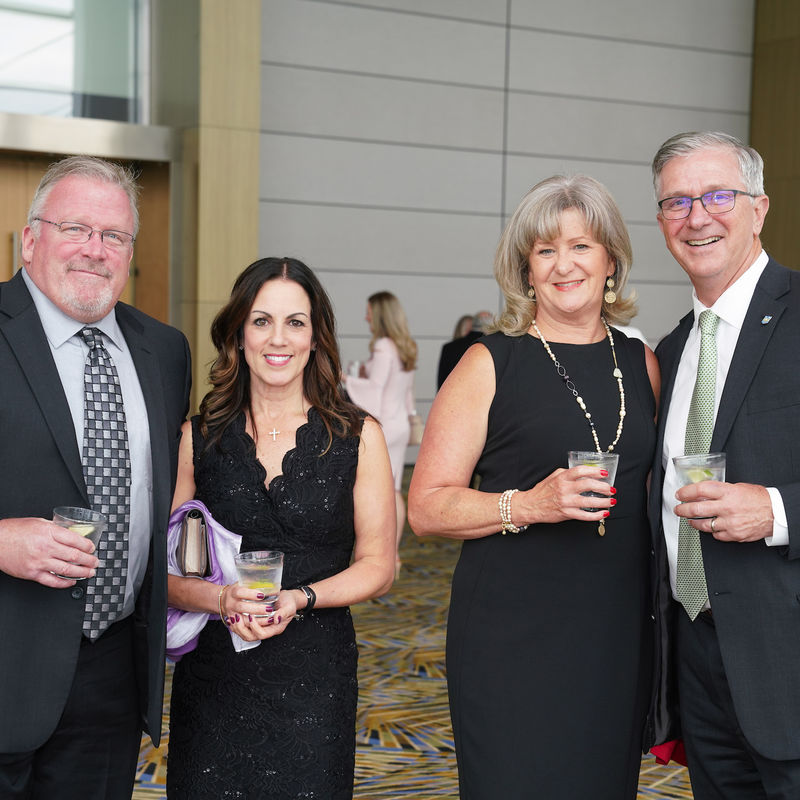 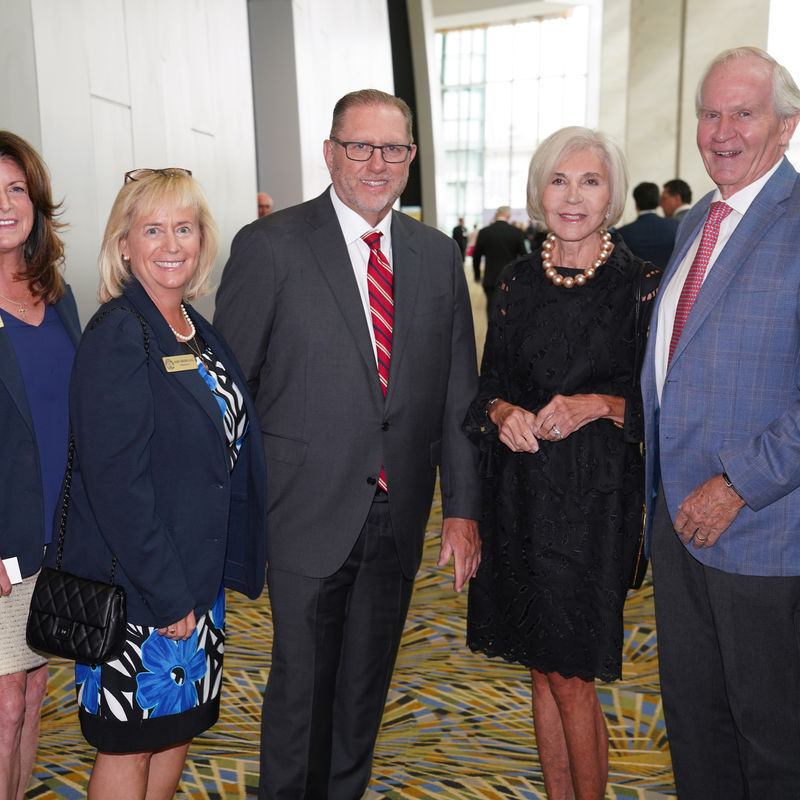 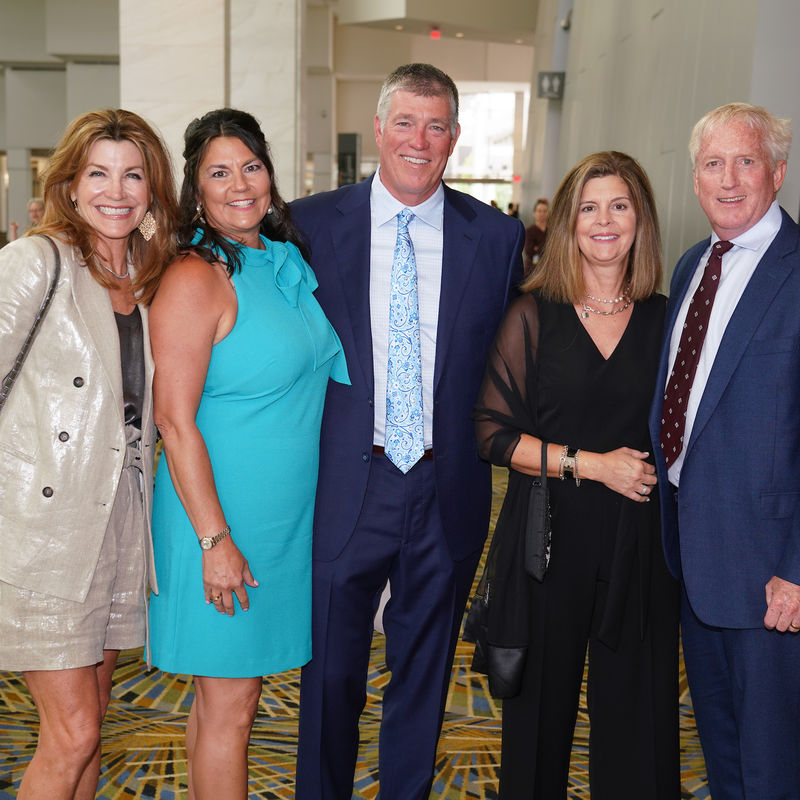 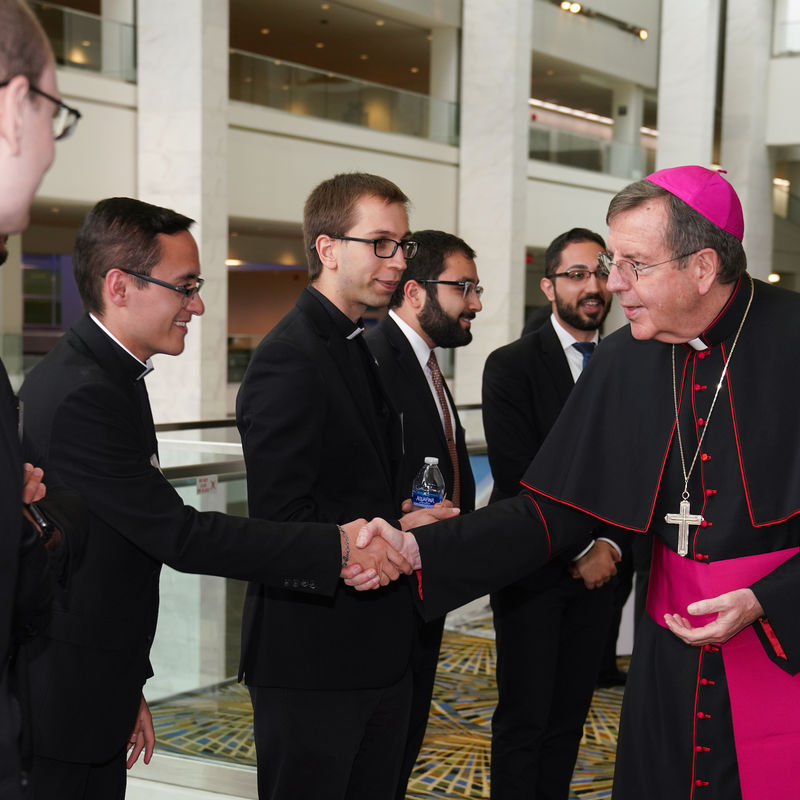 Dan is a staff writer for the Archdiocese of Detroit.

Forging ahead in uncertain times

With Christ as its navigator, Sacred Heart Major Seminary presses on in its mission through these uncertain times, largely due to the prayers and financial generosity of its supporters

Thank You to all who supported us through donations and prayers!