Giving Thanks for 100 Years

With praise and thanksgiving, Sacred Heart Major Seminary began its centennial celebrations on Friday, September 27 with a Mass of Thanksgiving. Faculty, staff, alumni, seminarians, and friends of the seminary gathered for the Mass with His Excellency, the Most Rev. Allen H. Vigneron as the principal celebrant.

During his homily, the archbishop reflected on his time as a student at the seminary. During his sophomore year of high school seminary, he recalled praying in the chapel, “Even after a year, I felt homesick. I sat there, and I had to think about whether I wanted to continue to be here.”

As a college seminarian, the future rector of SHMS found himself asking the Lord to reveal his will once again. He recalled that, “I had to die to myself. I give God praise and thanks for that grace.”

More than 10 bishops and three dozen priests concelebrated the Mass. Among them were Cardinal Adam J. Maida, Bishop Jeffrey Monforton of the Diocese of Steubenville, Ohio, and Bishop John Quinn of the Diocese of Winona-Rochester, Minn, along with Archdiocese of Detroit auxiliary bishops, Bishop Gerard Battersby and Bishop Donald Hanchon.

Following the Mass, the celebration continued with a dinner in the seminary’s gym, in which rector/president Msgr. Todd Lajiness shared his remarks.

Oct. 11-12: Symposium, Enter Through the Narrow Gate: The Urgency of the New Evangelization in the Third Millennium. Full conference details and registration available here.

Dec. 6: Festival of Choirs Christmas Concert, 7 p.m., The Cathedral of the Most Blessed Sacrament 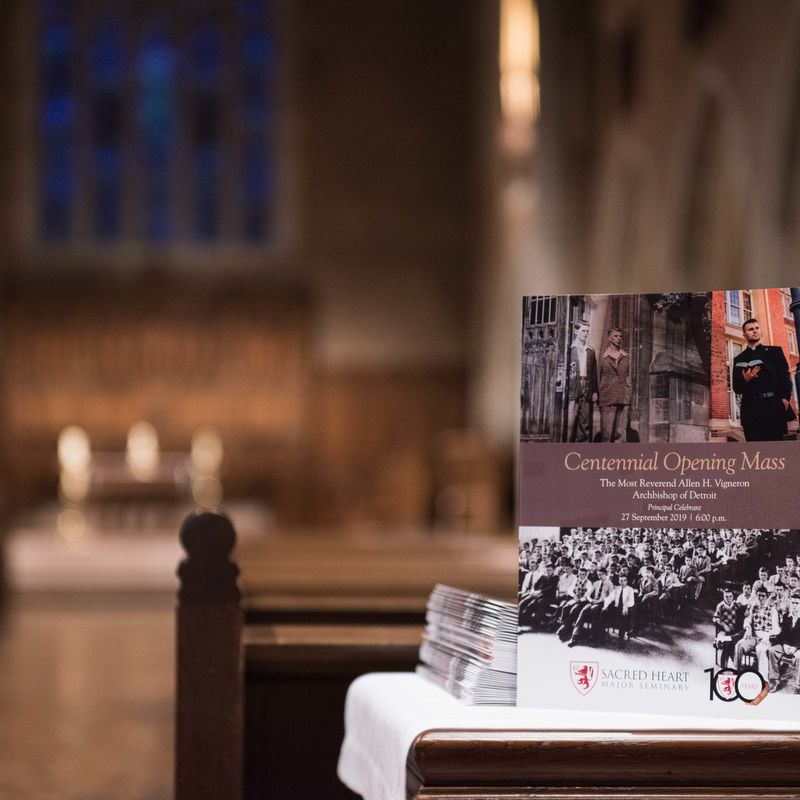 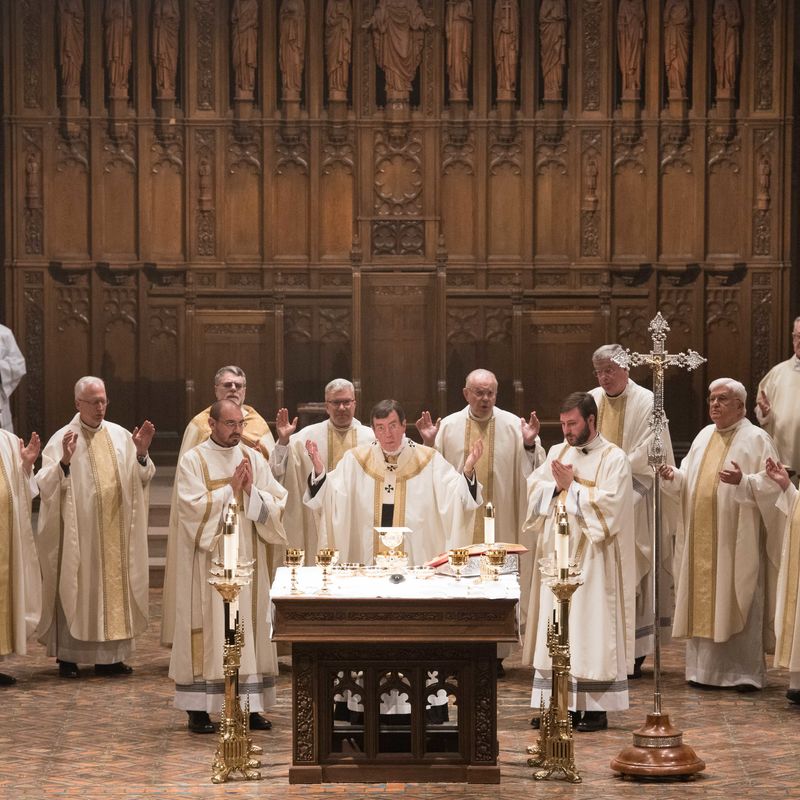 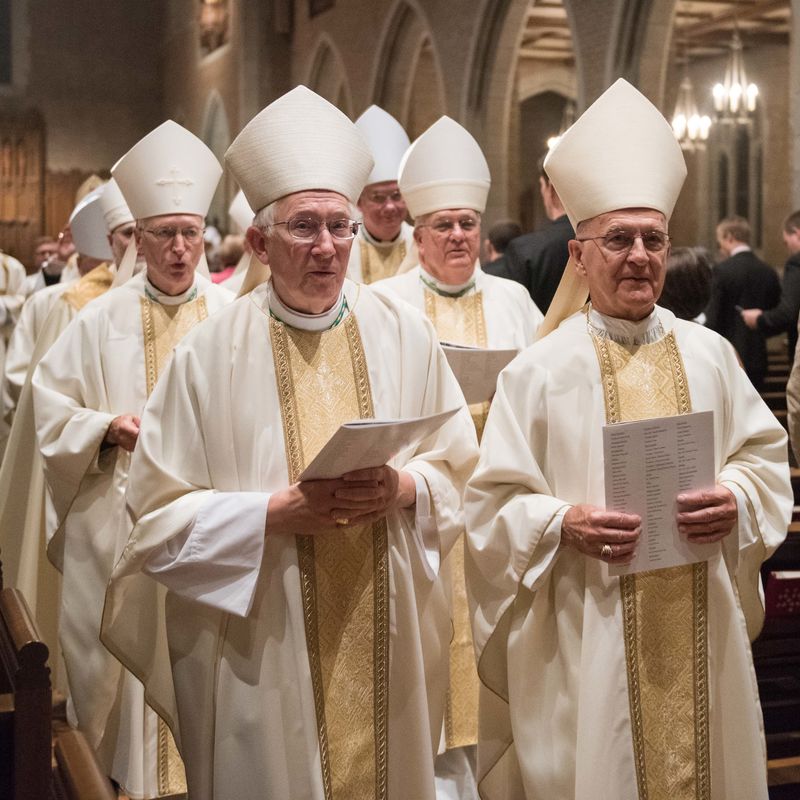 Fr. Alex graduated from Sacred Heart Major Seminary and was ordained in 2018