No matter what popular culture tells you, a saint isn’t someone who is perfect.

No saint, in the throes of a former life, had it all figured out. A saint isn’t someone who didn’t sin, but a sinner who found redemption.

A saint, in other words, is a person who has filled the longing in their hearts with Christ.

Such was the message Sr. Miriam James Heidland, SOLT, shared with priests, lay leaders, and Catholics on November 8 at Sacred Heart Major Seminary.

Sr. Miriam James, a member of the Society of Our Lady of the Most Holy Trinity, shared her testimony and story with approximately three hundred people as part of Sacred Heart’s “In the Heart of the Church” lay ecclesial minister speaker series. 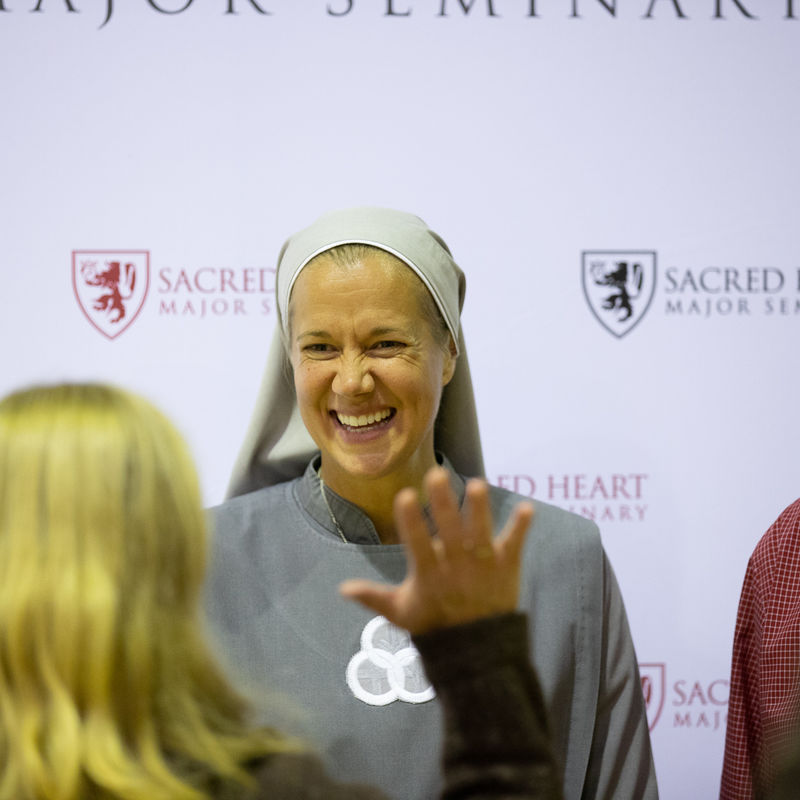 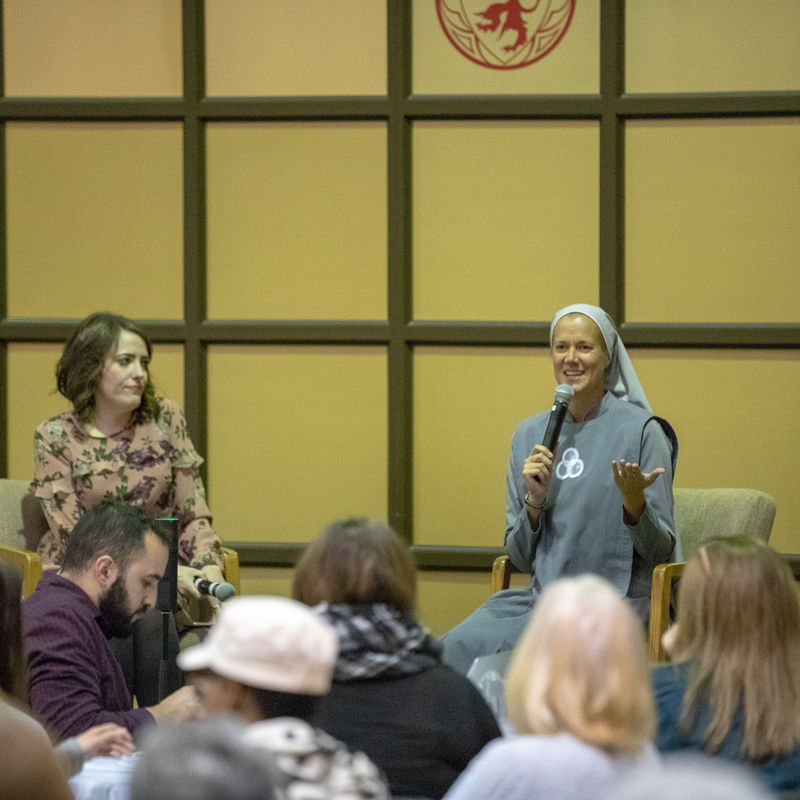 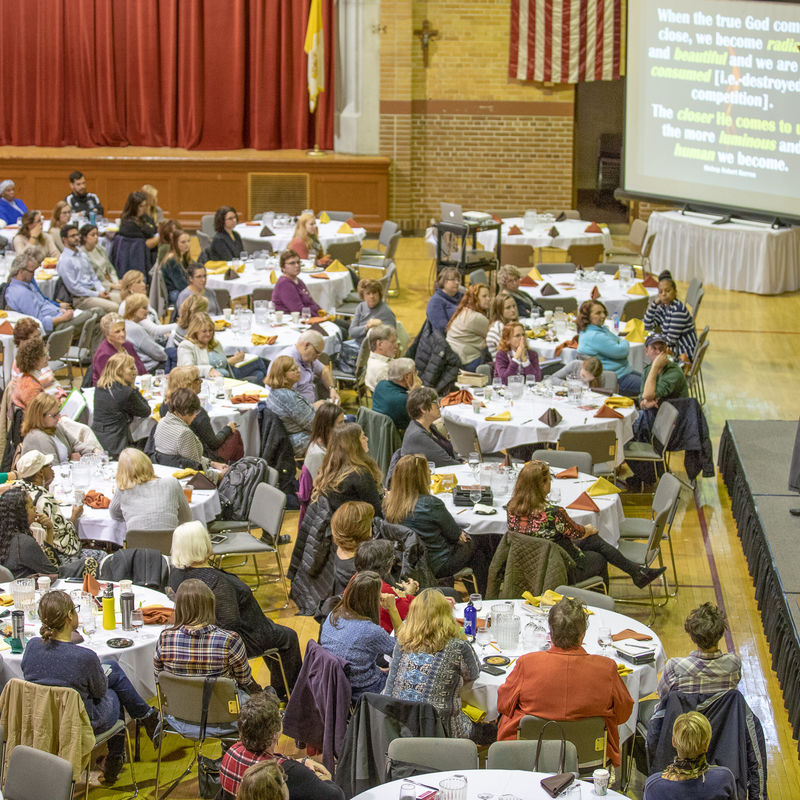 Sr. Miriam James, who was raised in Woodland, Washington, graduated with a degree in communications from the University of Nevada-Reno, where she also played as a scholarship volleyball star, before joining the missionary religious community. After her profession, she traveled to SOLT missions in Rome, Seattle, and Texas before finding her calling as a speaker and Catholic radio co-host.

Sr. Miriam James’ dramatic story of peace and conversion has been told in countless Catholic and secular media, including in her book, “Loved as I Am: An Invitation to Conversion, Healing and Freedom through Jesus.”

During her talk, Sr. Miriam James recalled a time when she was sitting with her mother drinking coffee in a condo overlooking the Oregon coast, taking in the pure bliss of the moment.

“As soon as I opened the huge picture window, you could just hear the waves crashing onto the shore. You could hear and smell the rain,” Sr. Miriam James said. “We were sitting there with these huge cups of coffee, smelling the rain and listening, and I had one of those moments—and I know you’ve had them, too—where I said, ‘I wish time would just stop right here.’”

While God grants such moments—though fleeting, Sr. Miriam James said—it is not for those moments that a person should strive, but for their Author, whose very presence is bliss itself.

“We get these tastes of it as we journey in our life, and many times we try to hold onto them. We make gods out of them. But that’s not the point. The point is Christ is calling us home,” Sr. Miriam James said. “This is not our home, as beautiful as it is. The human person is destined to go back to God himself, which is why we ache and why we long for it.

Saints of old, and even non-Catholic theologians such as C.S. Lewis, have recognized such longings as a sign that man is meant for God, for a home beyond this life.

The good news, she added, is that man doesn’t have to wait for heaven to experience God; He offers Himself in the form of His son to each and every person who receives the sacraments.

“I don’t know where Christ is drawing close to you, but I do know that He is,” Sr. Miriam James said. “I know there’s nothing in your life that He’s ashamed of. He’s not embarrassed of you. He’s not ashamed of you. His heart is for you. And His desire is to bring you, to gather you together, all the disintegrated parts that we all have, to gather them up into integration with His own heart, His own purest heart. To bring you into His own beautiful life.”

Conference-goers said Sr. James’ talk struck a chord, particularly on the topic of healing and restoration.

“It was really awesome to hear Sr. Miriam James again,” said George Guajardo, a parishioner of SS. Charles and Helena Parish in Clio, Michigan. “I’ve heard her a few times, and she’s amazing.”

Guajardo said in a polarized political and social climate, it’s tempting for people to find others to blame for their problems, but Sr. James’ talk emphasized the point that true happiness and freedom is only found by embracing God’s plan for life.

“She talked about how our happiness doesn’t rely upon other people. It’s only Christ and in his power that we’re able to find healing and change,” Guajardo said.

Along with Sr. Miriam James, conference-goers also heard from Sacred Heart alumnus and local Catholic blogger and speaker Patty Breen, who joined her for a question-and-answer period following the talk.

The “In the Heart of the Church” speaker series occurs annually at Sacred Heart Major Seminary. Don’t forget to follow us on Facebook, Twitter, and Instagram to view videos and stay connected with Sacred Heart. 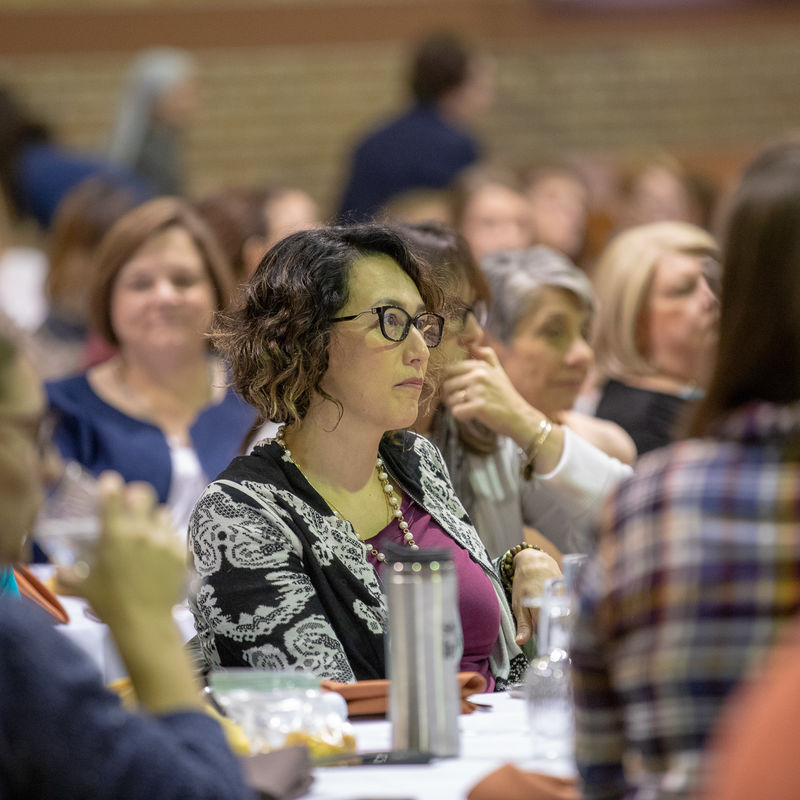 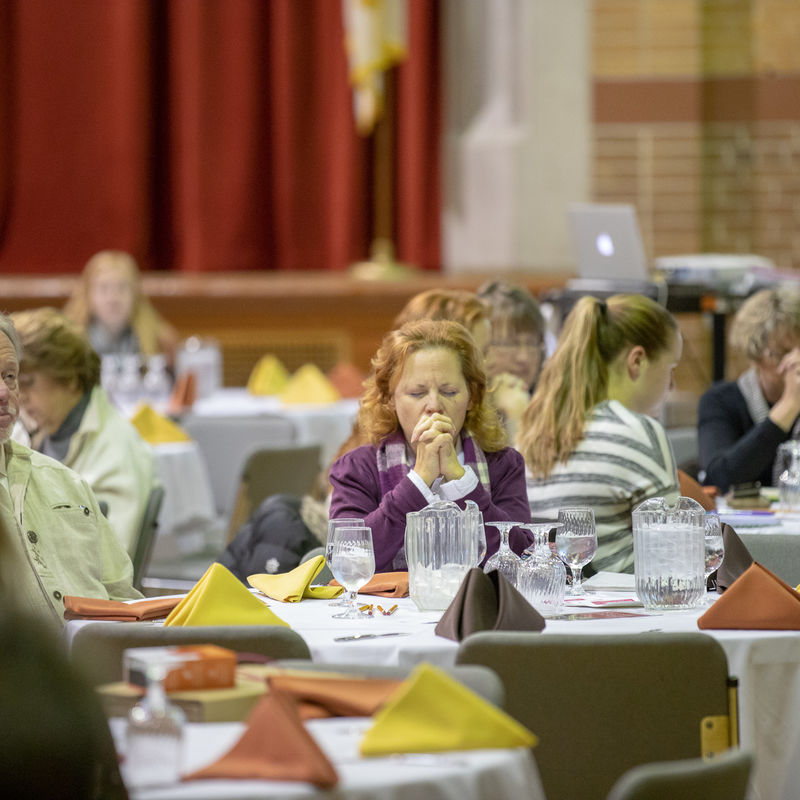 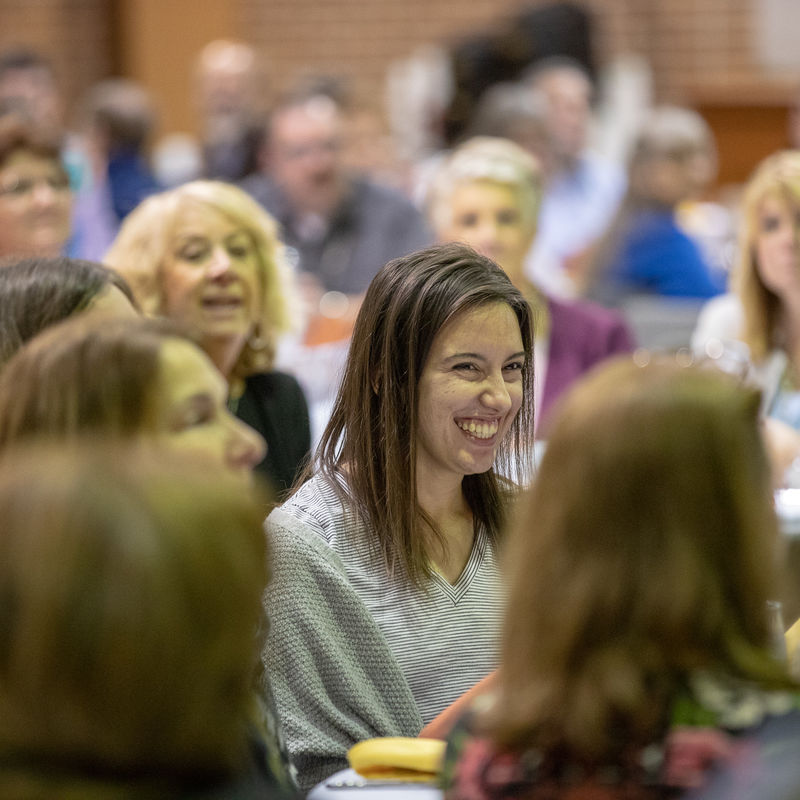 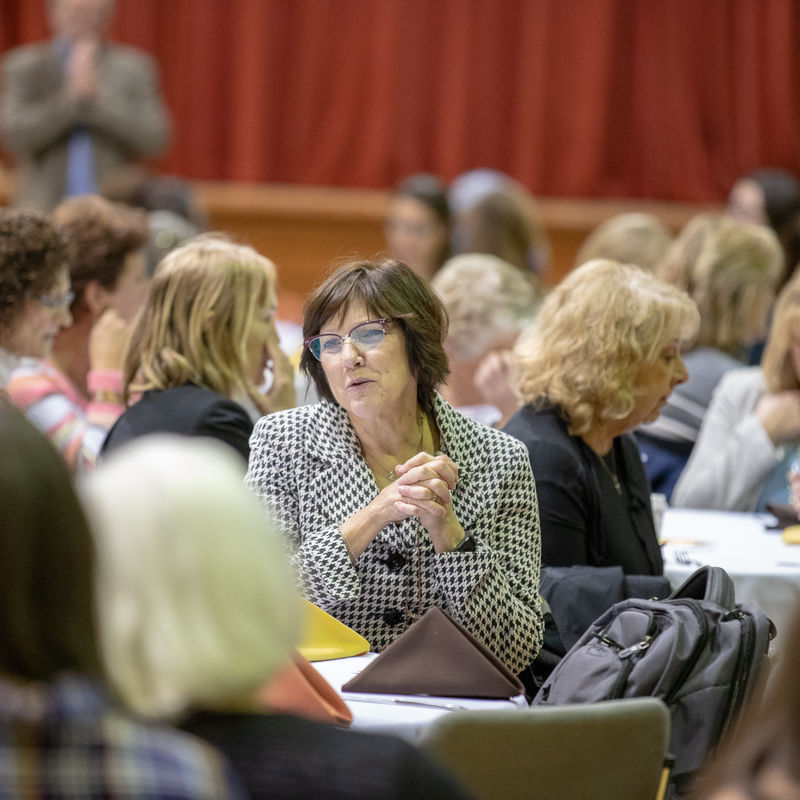 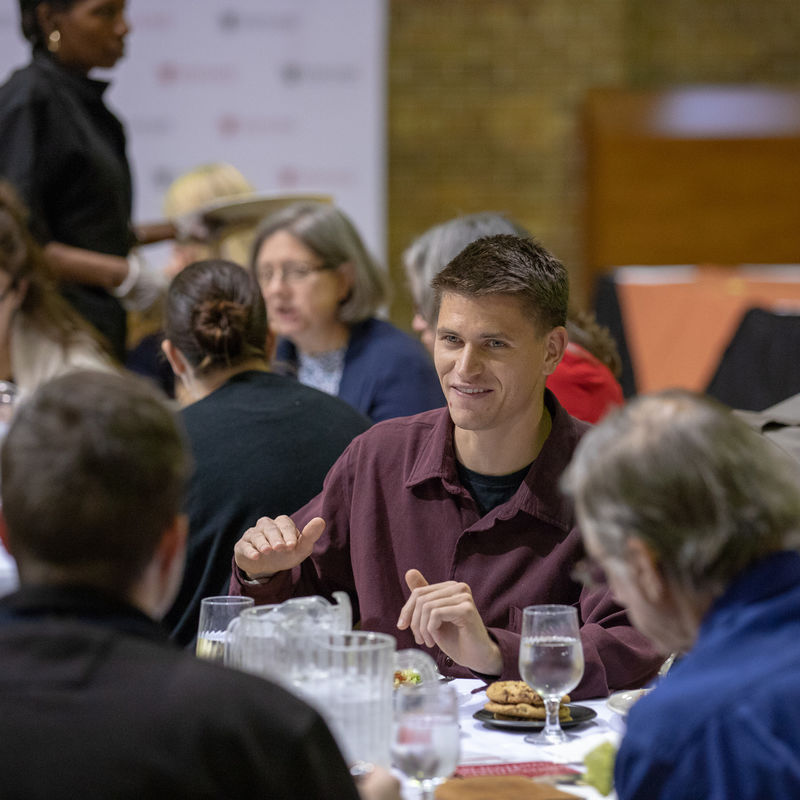 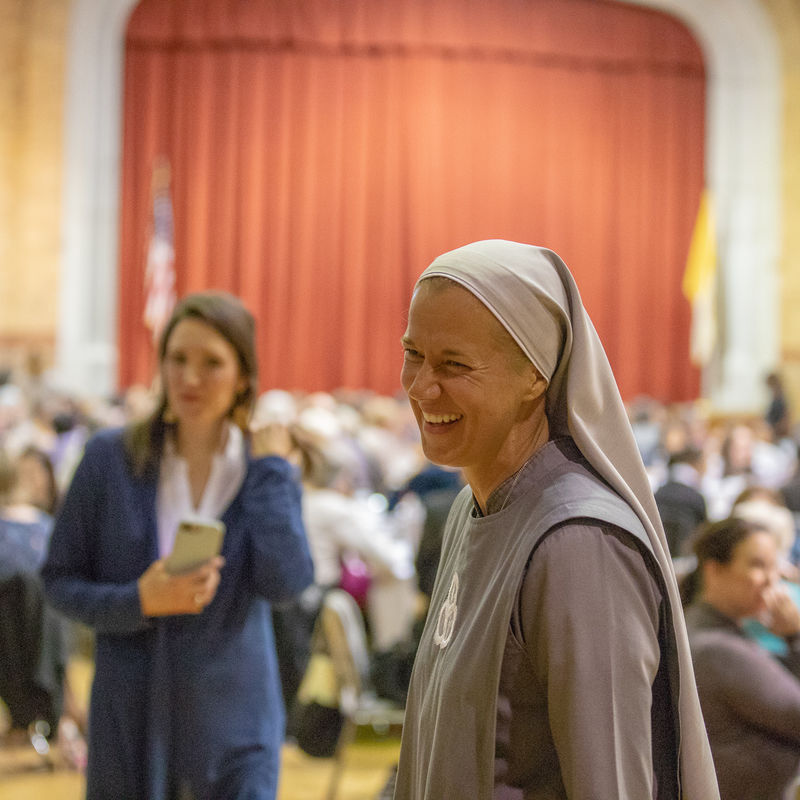 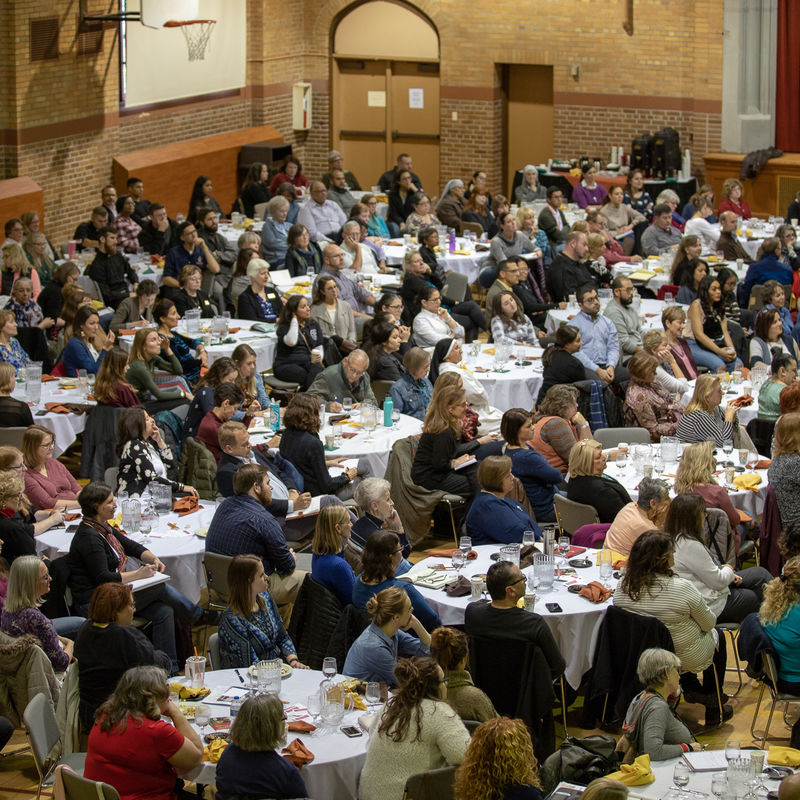 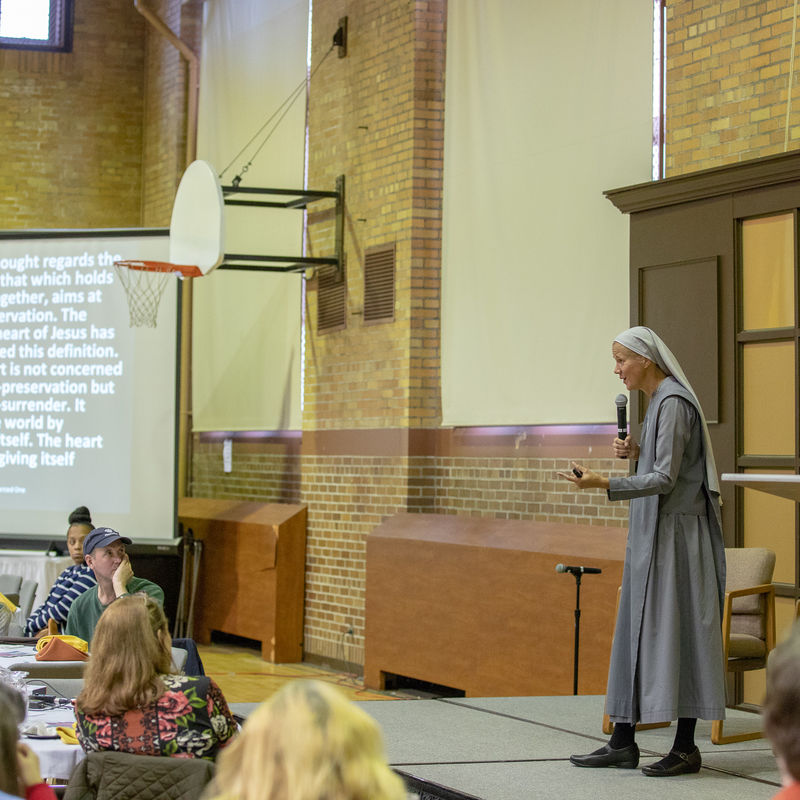 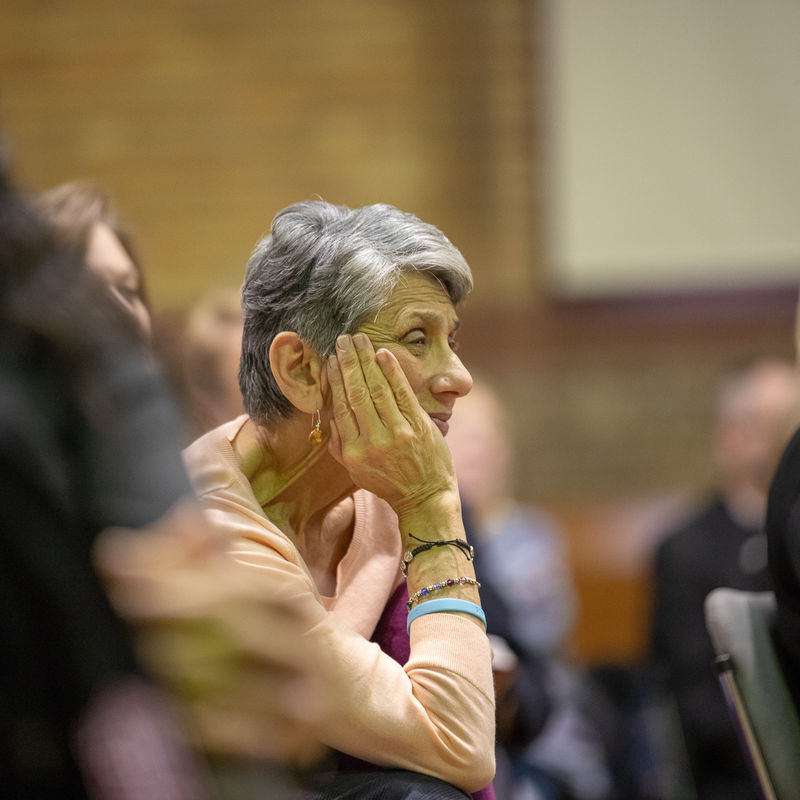 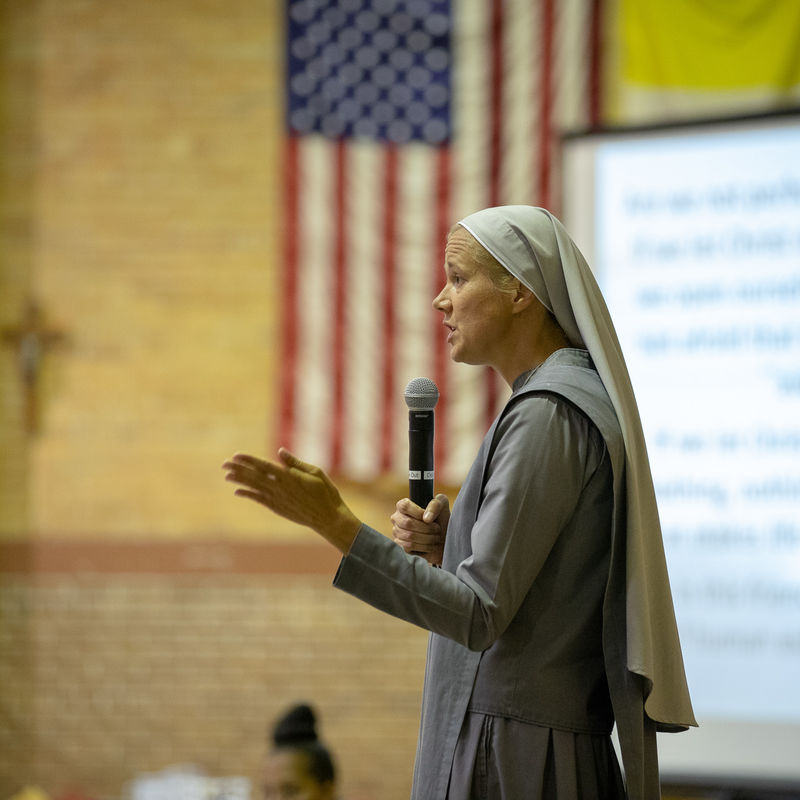 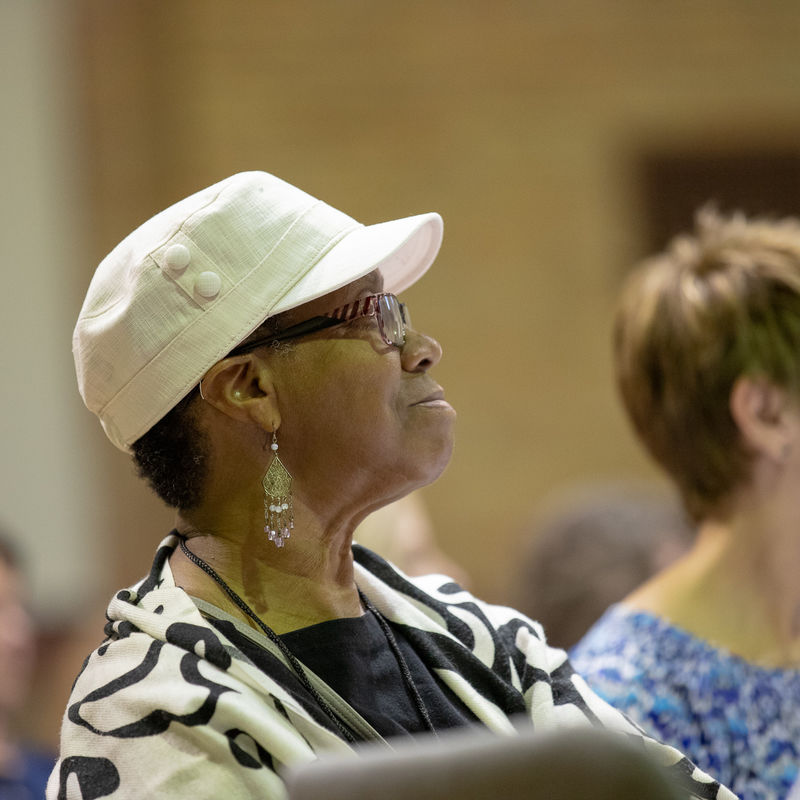 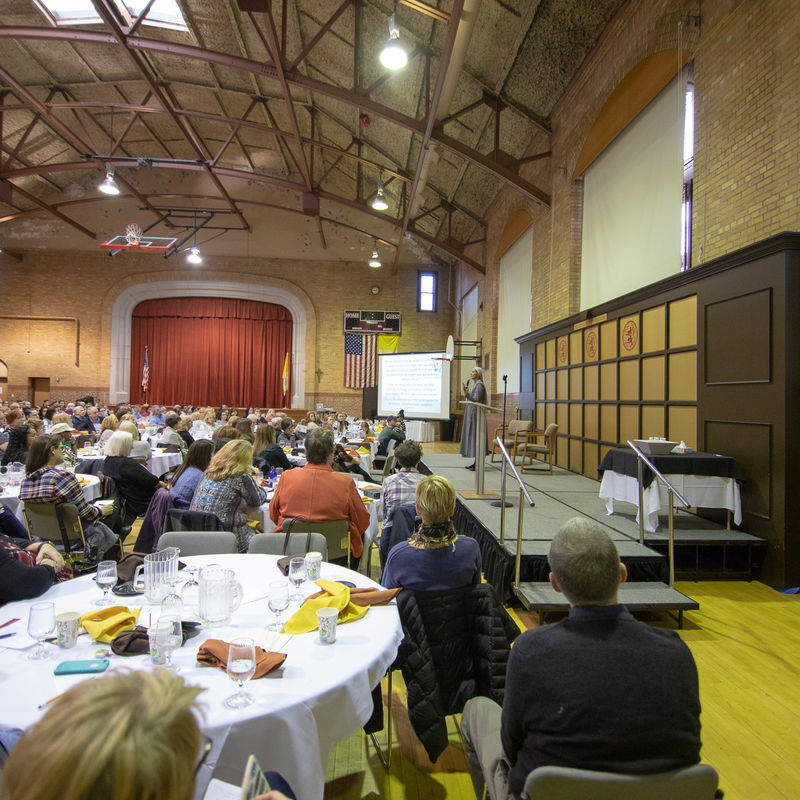 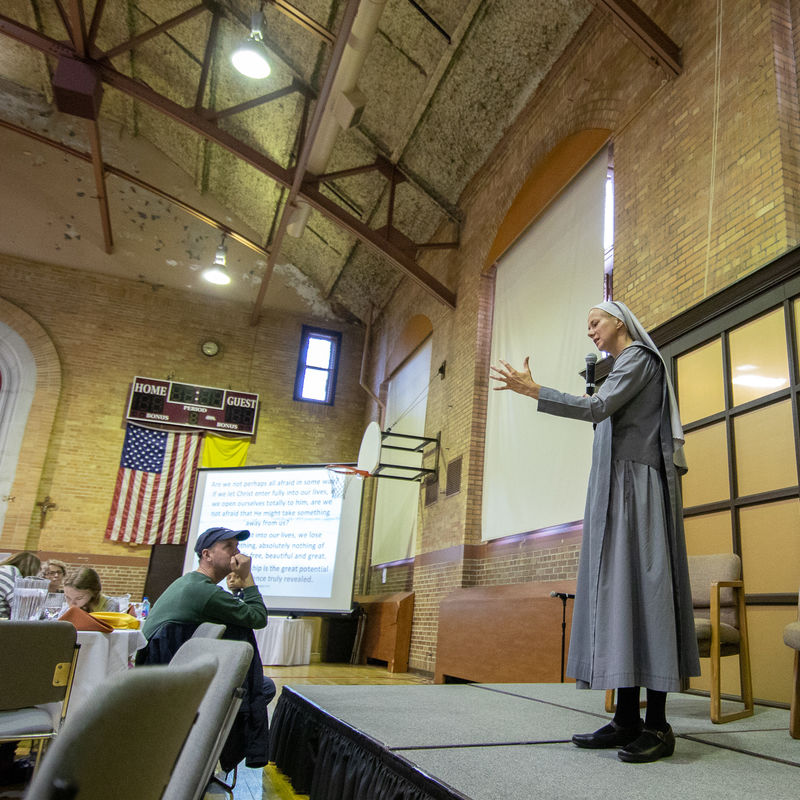 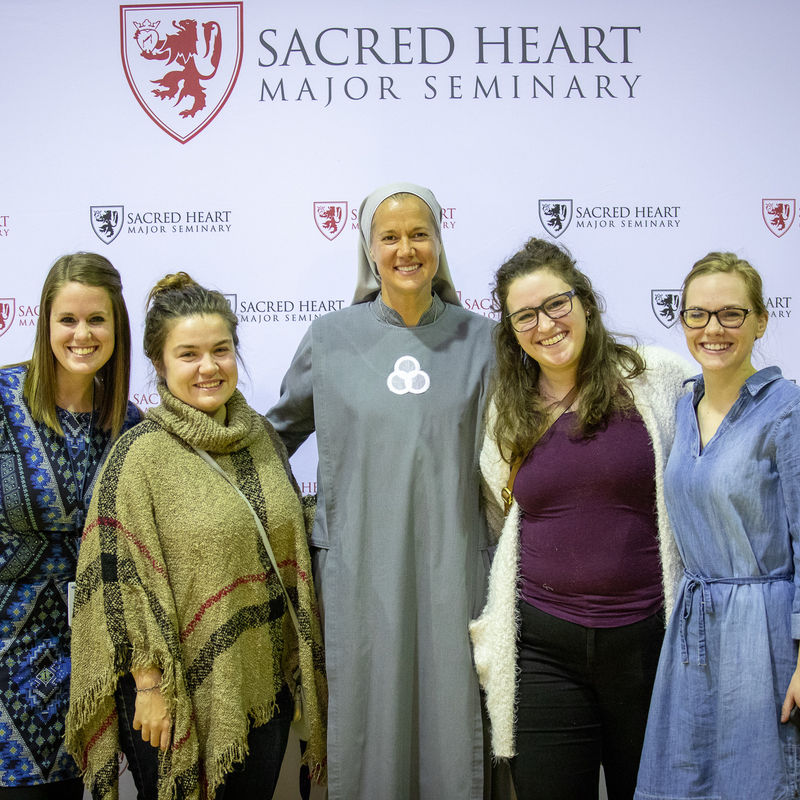 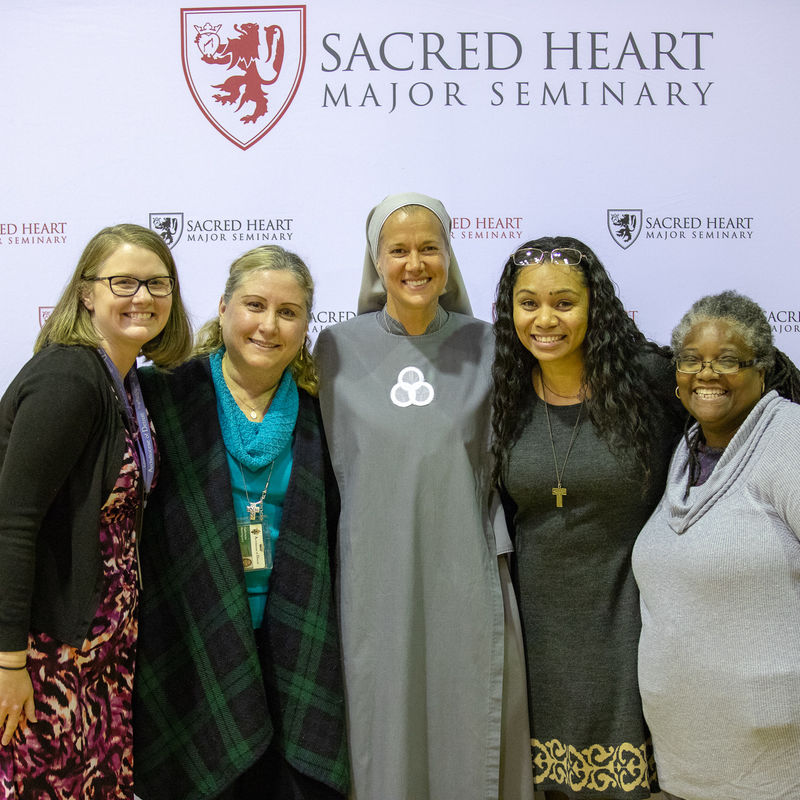 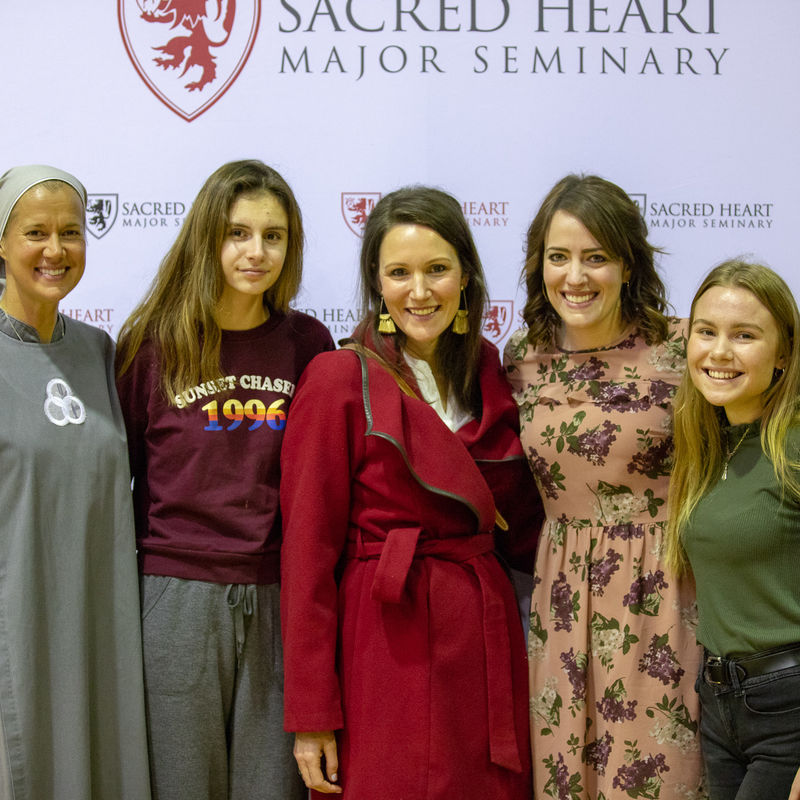 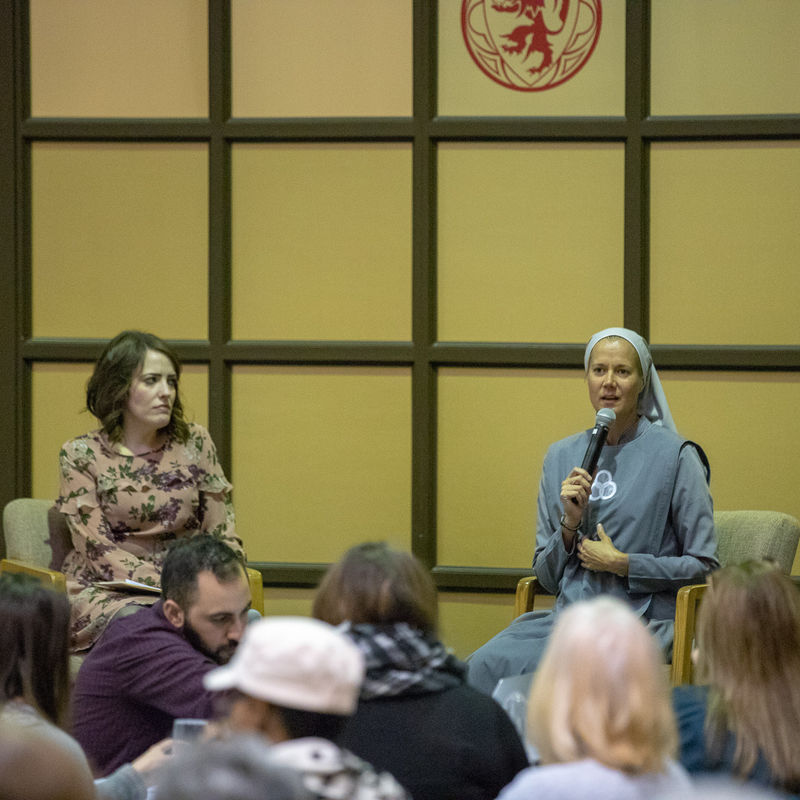 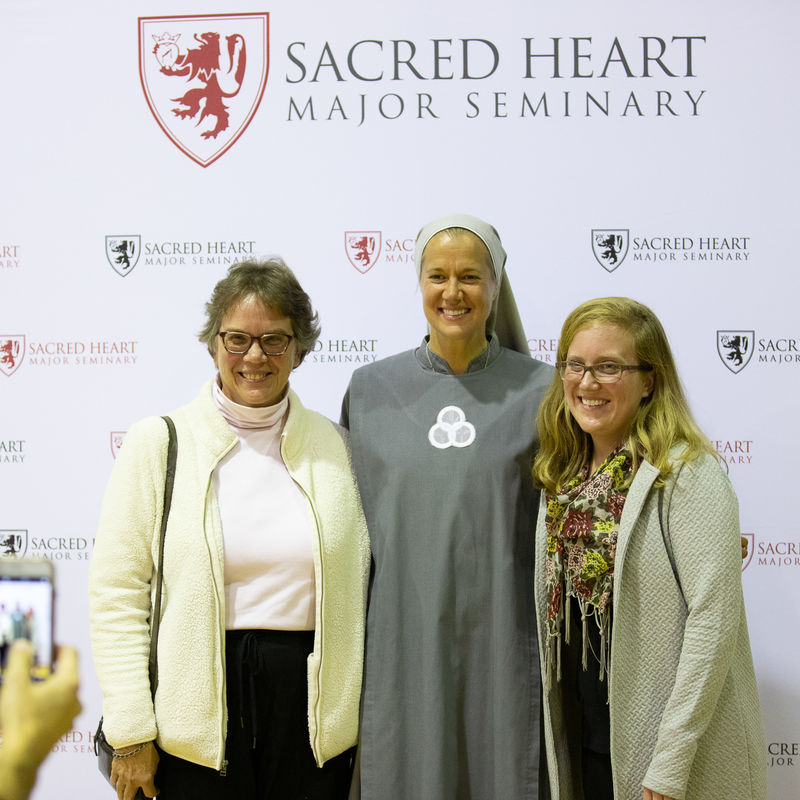 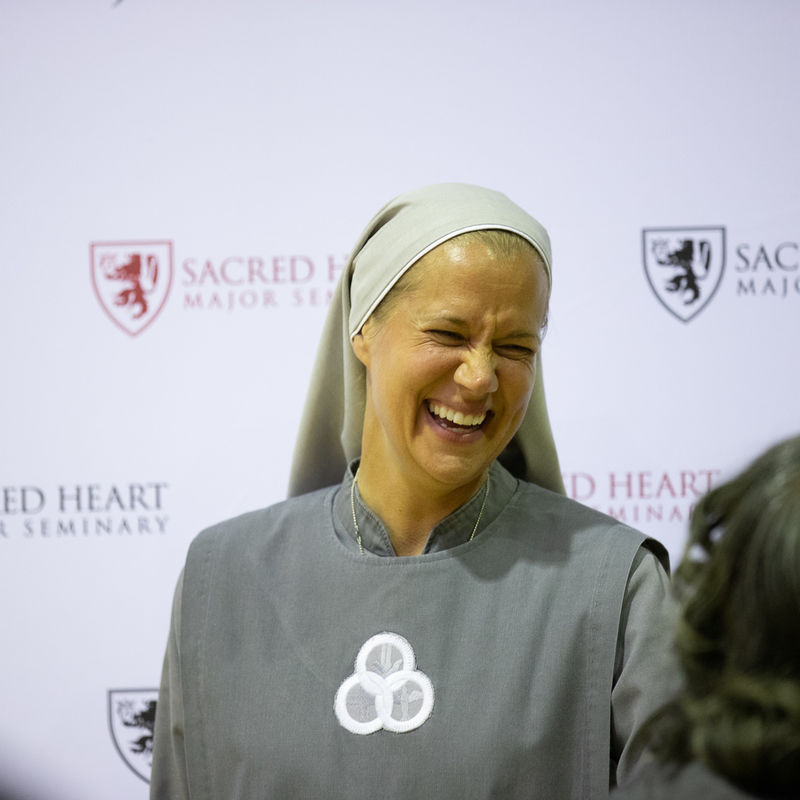 Michael Stechschulte is editor of the Detroit Catholic news service of the Archdiocese of Detroit.

Discover the Adventure of Discipleship This Advent